‘In the zone’: Saso ready for longer playoff vs Hataoka in US Women’s Open 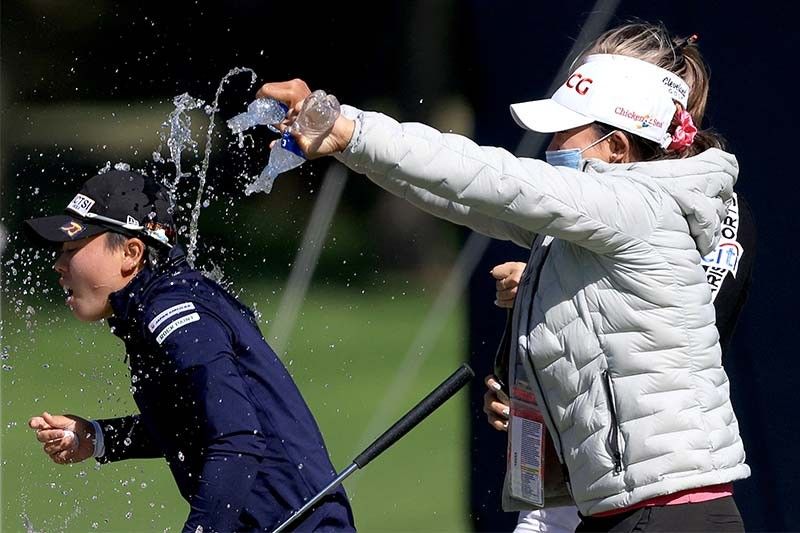 MANILA, Philippines — It was an intense playoff battle between Yuka Saso and Nasa Hataoka at the US Women's Open at The Olympic Club on Sunday (Monday, Manila time).

Extending to a sudden-death third playoff hole in the biggest moment of one's career could have broken down an elite athlete's mental strength to compete — but not Saso's.

The 19-year-old had a chance to crumble against pressure when she was fresh off of a missed birdie chance in the 18th that would've won her the title in the second playoff hole.

But an unfortunate downhill putt forced Saso on her back, needing a par to extend the playoff — that she did and then some.

Birdies on 16, 17 and the third playoff hole sealed the #USWomensOpen ???? for 19-year-old Yuka Saso and earned her the @Lexus Top Performance of the Day. pic.twitter.com/mm4FhaVn5H

She eventually won it all with a birdie in the third playoff hole, but she revealed she was up to a longer battle with Japan's Hataoka if necessary.

"Hindi darating yung win that quickly… that was my mindset," the Fil-Japanese teen said in a press conference with Philippine media organized by ICTSI and PGT.

"It didn't really matter to me how many holes we go. I just wanted to stay focused and stay in the zone," she added.

She wouldn't have to go much longer after that, though, when she birdied the third playoff hole after a flawless second shot that put her in position for the win despite coming off of the fairway.

Saso thus became the first Filipino to ever win a major golf championship, and tied South Korea's Park Inbee as the youngest to ever win it at the US Women's Open.

Though hardly believing her achievement coming so early in her career, Saso said there is only more to come after the historic day.

"I think it's [a] very special win for me and my family, but this is just the start," she added.