Iran’s cabinet has created a compensation fund to pay families of the 176 victims of a Ukrainian passenger plane that was shot down by Iranian forces outside Tehran last January, the president announced Wednesday.

Iran will pay $150,000 US for each victim, state TV reported without giving a timeline. The announcement comes as the families of victims prepare to mark the anniversary of the Jan. 8 crash, and diplomats from nations that lost citizens push Iran for more co-operation on the investigation and compensation issues.

Those killed include dozens of Canadian citizens and permanent residents, and many others with ties to Canadian universities.

Canada’s foreign affairs minister said in a statement that “Canada and the other members of the International Coordination and Response Group (CG) are taking a co-ordinated approach to obtaining reparations from Iran, which includes not only compensation for the families but also an accounting of the events that led to the tragic result.”WA

François-Philippe Champagne went on to say that no negotiations or meetings between Iran and the other countries have been held and that “no formal offers have been made by Iran to the CG countries.”

WATCH | Iran says it will pay families of victims of Flight 752: 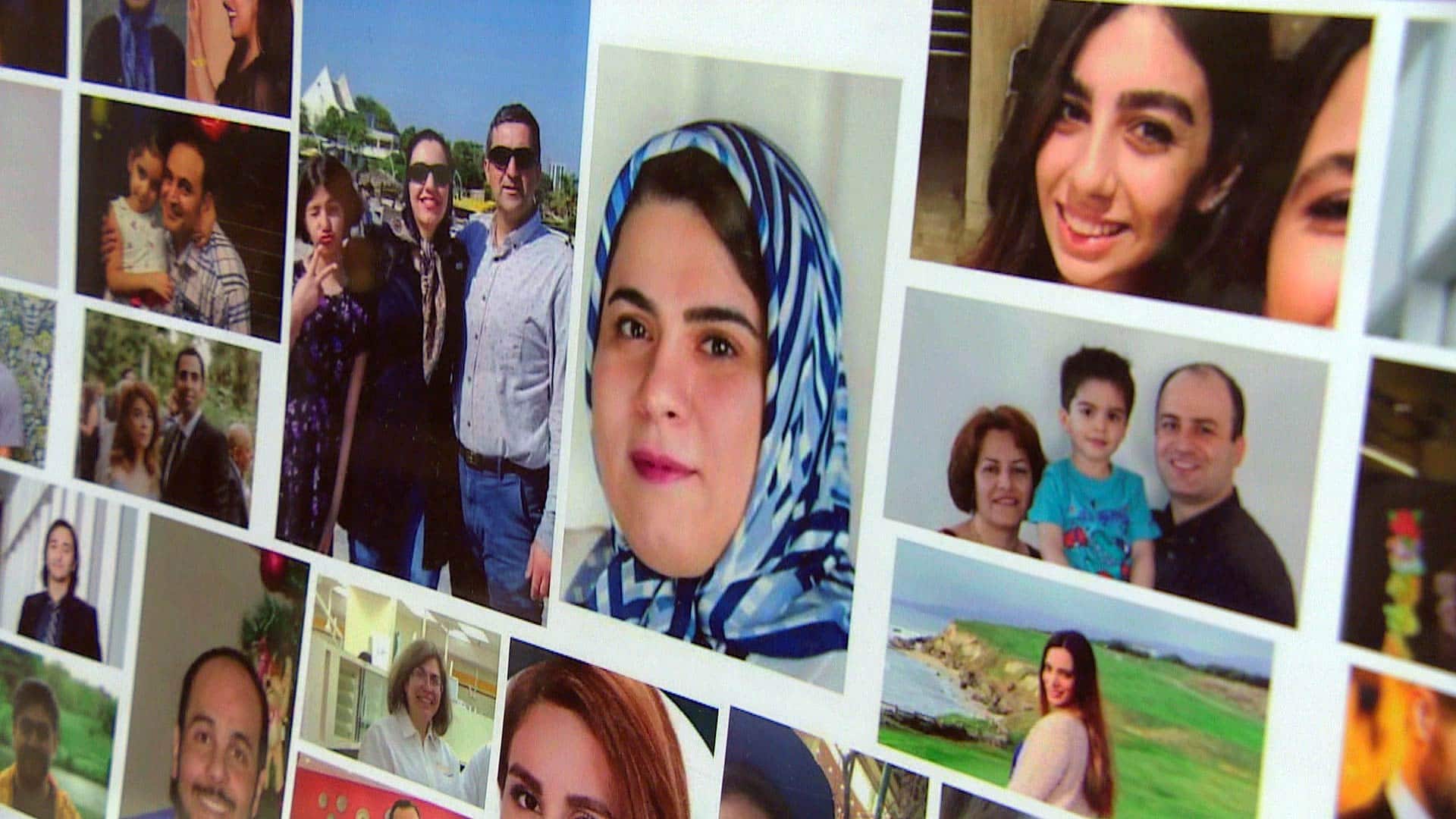 Iran announces plans to pay families of victims of Flight 752

Iran’s president says $150,000 US will be paid for each victim on board Ukraine International Airlines Flight 752, which was shot down nearly a year ago. But some families in Canada, still pushing for justice, say they won’t accept the compensation.2:02

For days, Iran denied that its military was responsible for the downing of the plane. But with extensive evidence emerging from Western intelligence reports and international pressure building, Iran admitted that its military had mistakenly fired at the Ukrainian jetliner at a moment of heightened tension between Iran and the United States.

Hostilities had reached a fever pitch the week before over an American drone strike that killed top Iranian general Qassem Soleimani in Baghdad, raising fears of further violence in the region.

Western intelligence officials and analysts believe Iran shot down the aircraft with a Russian-made Tor system, known to NATO as the SA-15.

Tehran blamed “human error” for the shoot-down, saying in a report released over the summer that those manning a misaligned surface-to-air missile battery wrongly identified the civilian flight as a threat and opened fire twice without getting approval from ranking officials.

Canadian authorities say Iran has not disclosed all relevant evidence or provided satisfactory answers to a number of lingering questions.

This includes the identities of those responsible, the exact chain of events that led the Revolutionary Guard to open fire and the circumstances around the decision to leave Iranian airspace open to civilian traffic the same night that Iran launched a barrage of ballistic missiles at U.S. forces in Iraq.

The plane, a Boeing 737 operated by Ukraine International Airlines bound for the Ukrainian capital of Kyiv, was carrying 167 passengers and nine crew members, including 82 Iranians, 57 Canadians, 17 Swedes, 11 Ukrainians, four Afghans and four British citizens, according to officials. The route was popular with those travelling onward to Canada.

For months, the governments of the five other affected countries have demanded that Tehran accept “full responsibility” for the crash and pay compensation to the victims’ families in line with international agreements.

Iran, for its part, has sent mixed messages on the matter of compensation.

In October, Gholamreza Soleimani — the head of the country’s main insurance agency — said Iran would refuse to pay awards because the jet was “insured by European companies.”

But other Iranian officials have promised to negotiate compensation with the five countries.

“A mistake has been made by us but the base of the compensation should be decided,” Mohsen Baharvand, deputy to the foreign minister, said in September. “We have told our Ukrainian colleagues that international regulations are our basis.”

The spokesperson for an association of victims’ families in Canada seeking justice said the Canadian government should take court action against Iran.

“What Iran is doing is humiliating and insulting to the families,” said Hamed Esmaeilion, who lost his nine-year-old daughter, Reera, and wife, Parisa, on the flight.

“We need to know the truth and we need to see the criminals in an impartial independent court like [the United Nations] International Court of Justice,” he said. “We are done with Iran’s actions.

“Now it is our government’s turn to act and react. To take the investigation from them and take them to the court.”

Champagne made no mention of court action in his statement but said the Canadian government “will continue to fight for justice and accountability every step of the way.”

The association released a statement last week demanding an independent and transparent investigation into the crash.

“The families are vigilant and will not sign any document,” the statement read. “The murderer cannot play the role of mourner.”