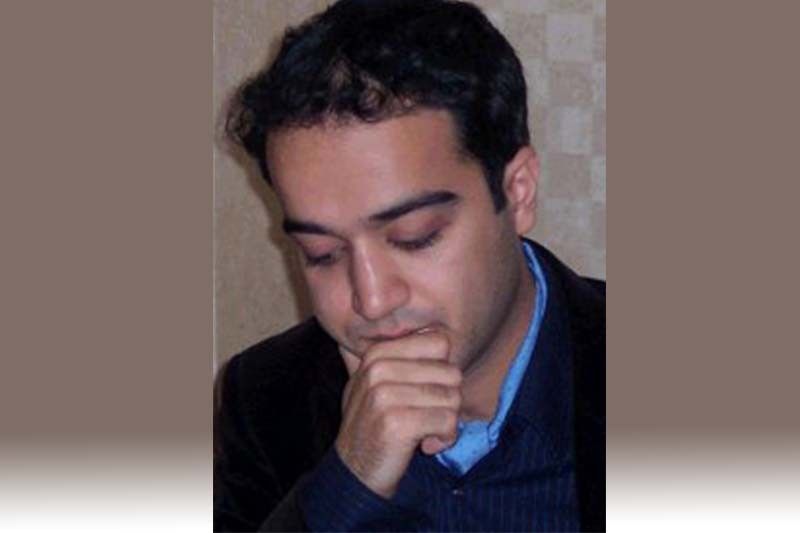 MANILA, Philippines — Iranian Grandmaster Amir Bagheri will reinforce the Toledo Trojans in the upcoming Wesley So Cup that begins on May 15.

Bagheri is the second Iranian to attain the GM title and competed for his country’s national team in the Chess Olympiads of 1998, 2000 and 2008.

The Trojans finished fifth in the Southern Division of the All-Filipino Conference and upset fourth-seed Zamboanga in the quarterfinals. They also went toe-to-toe with the Iloilo Kisela Knights in the semi-finals but lost in Armageddon play in Game One then caved in in Game Two.

“We are blessed to have GM Amir on board,” said Toledo City’s Atty. Jeah Jean Gacang. “He will strengthen the team both mentally and psychologically.”

Bagheri, who resides in France, will have no trouble adjusting to the PCAP matches that are held every Wednesday and Saturday evening as the former’s time zone is only six hours behind.

“It isn’t easy finding a foreign player let alone a Grandmaster,” recounted Gacang of their efforts to secure an import for the Wesley So Cup.

“The task of finding a foreign player was delegated to our team captain, Bonn Rainnauld Tibod, and manager, Felix Poloyapoy Jr.,” added Gacang. “They sent invitations to foreign players, GMs, IMs, and other chess masters to no avail. Some did not respond while others declined.”

“GM Amir was one of the few who responded and was interested with PCAP. He has a good impression of Filipinos and particularly Cebuanos. He joined a tournament a few years ago that was held in Cebu.”

“It’s overwhelming to see that the passion and dedication of the team tripled knowing that GM Amir is joining us,” summed up Gacang. “All of them committed to play their best fairly.”