Is Kai Sotto’s sister a prospect for Gilas women? 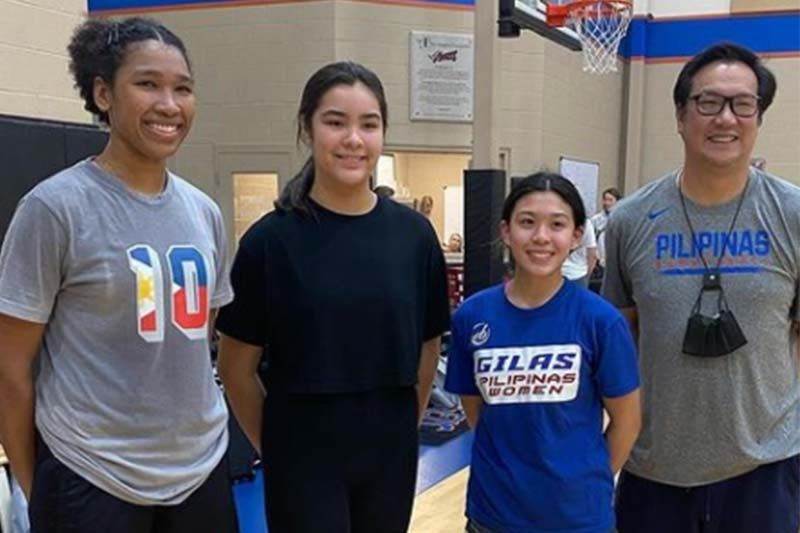 MANILA, Philippines — It looks like another Sotto may also be suiting up for Gilas Pilipinas, as 19-year-old Kai Sotto's sister looks to follow in his big brother's footsteps.

EWP captured a photo of the 6-foot-1 Erin with the troika and captioned a possible hint at the 11-year-old's future with the Philippine cagebelles.

"Philippines National Teams never looked so bright for futures to come," wrote EWP on their Instagram.

Kai himself also hyped up his younger sibling on his Instagram story, showing a video of the latter sinking a shot.

Is Kai Sotto’s 6-foot-1 sister a possible prospect for Gilas Pilipinas? Kai says watch out ???????? (via @kzsottolive on Instagram) pic.twitter.com/zUenv4Ho98

It was recently reported that the Gilas women program will be holding tryouts for young talents in the US to widen the team's pool for international competitions.