Is the West at fault? 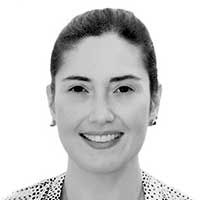 I came across a lecture by Professor John Mearsheimer at the University of Chicago on the Ukrainian conflict as I went down memory lane on the history of events that led up to the present day. First and foremost, it is important for us to bear in mind the areas of the world that actually have a direct impact on us – the ones that matter, so to speak.

Back in the day, the West always upheld a Europe-first policy; however, post 2000, this began to change, with Asia being of more importance due to the rise of China. If we look into the geography of Europe, European security kept an eye out on the big countries “that matter” such as Germany and Russia and, as we know, Ukraine is right next door to Russia. Ukraine, as we have learned, is a badly divided country, with Russian speakers in the east and Ukrainian speakers in the west and, at the same time, Europe itself is dependent on Russian gas.

There were three different perspectives laid out in this lecture in terms of causes of conflict, with the first being the West’s primary goal, together with its European allies, to strip Ukraine away from the Soviet sphere and incorporate it into the West. Its aim was to make Ukraine a western bulwark on the Russian border and with this, Russia says there’s absolutely no way that they will allow this to happen.

NATO expansion was an absolute no-no for Russia, not to mention EU expansion. In other words, NATO being a military institution and EU being an economic institution, plus the idea of fostering a democracy based on the kind of democracy promoted by the West that “encouraged” “electing” leaders that are pro-West, was a big no for Russia. Tracing back into history, there were two tranches that took place when it comes to NATO expansion – one in 1999 when Poland, Hungary and the Czech Republic were incorporated into NATO and in 2004 with the Baltic States.

At this point in 2004, Russia lived with it as it didn’t involve the states that were right by their border. The big problem began, however, in 2008, due to the Bucharest Summit where NATO welcomed Ukraine and Georgia’s Euro Atlantic Aspirations for membership into NATO, which then prompted the Russian Deputy Foreign Minister to respond to the Bucharest declaration, stating that Georgia and Ukraine made a huge strategic mistake which will result in serious consequences for pan-European security. Putin also called this move a direct threat to Russia.

Going further back into history in November of 2013, things started to get even messier with the head of Ukraine Yanukovych saying no to an EU deal that led to a series of protests which later caused him to flee Ukraine and run to Russia. It was then that Russia incorporated Crimea as well as made sure that pro-Russian forces in western Ukraine were fit to maintain a certain amount of independence. At this point, Russia took Crimea and they were not giving it back while giving the West two choices – which was to go back to the status quo or else.

But what exactly was the motivation for all this? For one, Russia is a great power that will certainly not allow the West to get a big chunk of its real estate that is of great strategic importance to them on its western border. Considering the Monroe doctrine, as I have learned in this lecture, where the West will certainly uphold to the hilt its right to defend its own backyard (being the western hemisphere), it makes one think that perhaps, in the case of Russia, we ought not to be surprised by their reactions.

It was explained that the causes of conflict is a result of the West thinking that Putin is hell bent on creating a greater Russia and that his behavior proves that it was a good move to expand NATO eastward and try to include Ukraine. Considering, as explained by the professor in this lecture, there was no evidence that Putin was making any aggressive moves prior to the crisis however, on Feb. 22 of 2014, the West decided that this was just so. The western response, however, has turned into an attitude of doubling down, so to speak, where countries will suffer while Russia will absolutely not quit.

The important point to ponder on therefore is the fact that Ukraine is of vital strategic interest to Russia but not to the West and with the gas going their way, the West is on the losing end. Asia is the pure competitor for the West and we see them pivoting towards this goal in the present day. Considering that there is no benefit for the West in terms of Ukraine, the question then remains… is the West at fault?