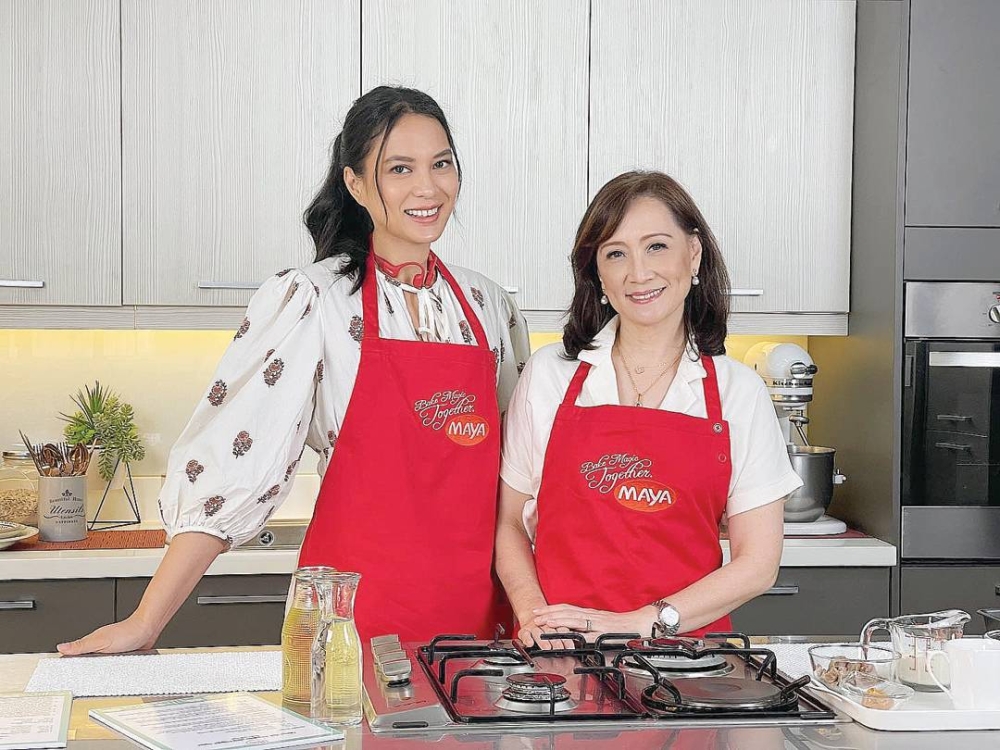 Together with her aunt Nina Daza-Puyat, Daza hosted a cook-along toshare two of her favorite recipes rom the pages of her grandma’s iconicLet’s Cook With Nora cookbook (above photo). INSTAGRAM PHOTO

BESIDES her sought-after hosting, modeling and acting skills, Isabelle Daza has yet another talent of which many people aren't aware. And believe it or not, it's cooking. 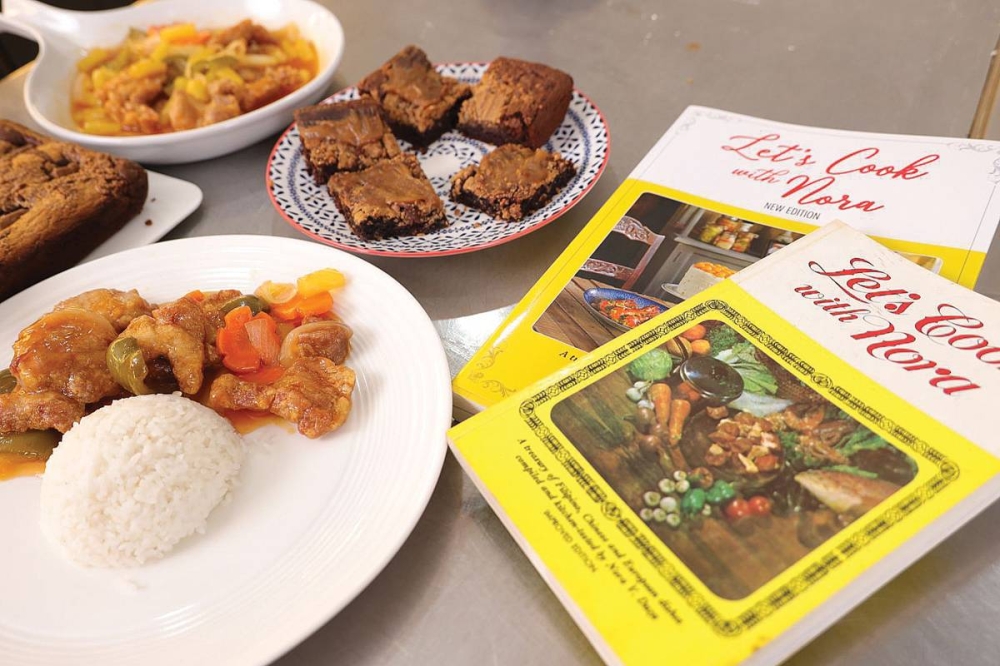 It shouldn't be a surprise, though, that this media darling also has her heart in the kitchen. She is, after all, the granddaughter of the late Philippine culinary icon, Nora Daza. Cooking is in her genes.

“I grew up in a home that has a lot of love for Filipino home cooking, thanks to my Lola Nora. This is something that I've always wanted to share with other people,” Daza said during a special virtual cook-along in partnership with The Maya Kitchen. 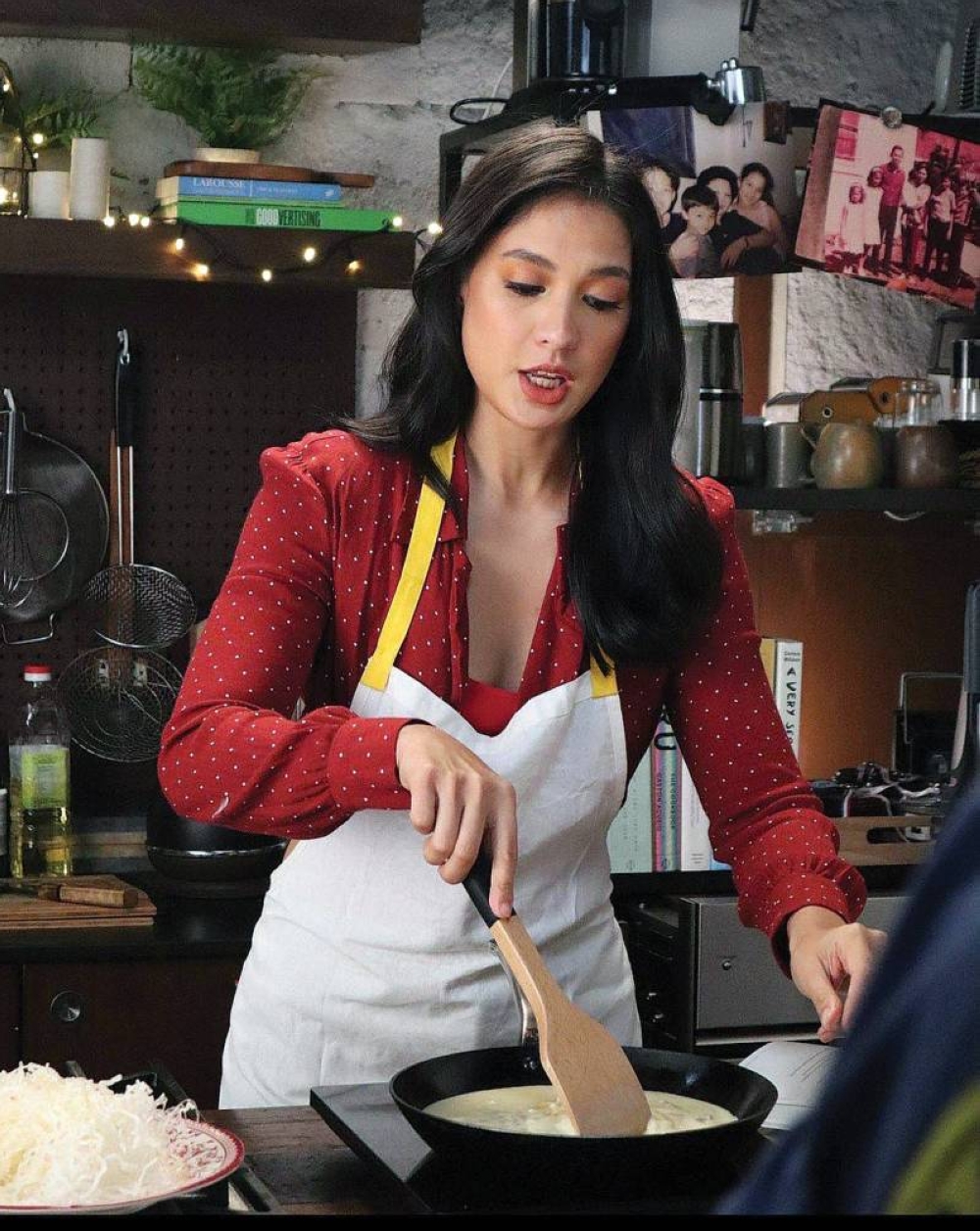 By sharing, Daza did not only mean cooking in her own kitchen for family and friends, she also meant sharing the very recipe of her grandmother through her own cooking show. Also in collaboration with The Maya Kitchen, Daza launched the “Cooking With My Lola,” in 2020 which became a great source for locked down homecooks to learn new recipes.

“One of the positive things to happen during the pandemic was that everyone was so excited to cook, so it was a great way to get back into the kitchen,” Daza shared.

Some of the dishes that have been featured on the show include Ginger and Spring Onion Chicken and Burger Steak, Beef and Mushroom Stroganoff, Lumpia, Moist Chocolate Cake, and Maja Blanca Con Mais. The series just recently wrapped up a successful second season.

Likewise, Daza is also passionate to further share her lola's legacy through special events like the recent special virtual cook-along aptly held on International Women's Day. For this, Daza shared two of her favorite dishes from the pages of her grandma's iconic Let's Cook With Nora cookbook.

The first is the sumptuous Sweet and Sour Pork. The other is the inventive Choco-Nut Brownies with Peanut Glaze, a fudgier and nuttier twist to her grandma's timeless Walnut Brownies and whipped up using the Maya Decadence Fudge Brownie Premium Mix.

Home-cooking expert, cookbook author, and Daza's aunt Nina Daza-Puyat joined the special cook-along to lend her a hand around the kitchen, sharing her tricks and tips to make the dishes more delish and make cooking at home quicker, easier, and more fun — all while exchanging fondest memories of their lola Nora in the kitchen.

“While doing the show, I learned how hardworking lola was. As a grandmother, you would think she's just sitting at home doing nothing. But I realized that as I was going through this cookbook, which has 260 recipes and it's just one of her cookbooks. She created these recipes from scratch, taste tested everything over and over and then wrote the book,” Daza said during the event.

Her aunt agreed and added, “And she was always curious, until the end. She was already in her 80s but she would always ask people for the recipes of the dish she tried. Sometimes they think she knows everything but she was always still learning.”

“But I think that's what makes a really good chef, somebody who's curious,” Daza finally noted with pride.

With Maya and the younger Dazas teaming up to share their love for good food, Filipino cooks and foodies alike can surely rediscover the pleasure and satisfaction of whipping up homemade meals that their loved ones can relish and cherish. 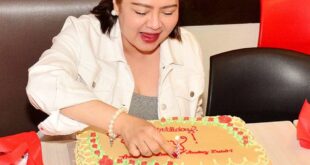 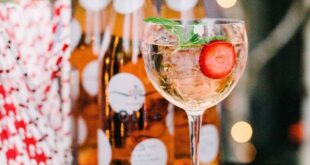 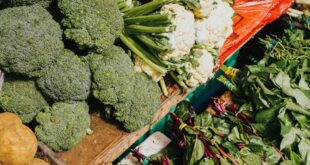 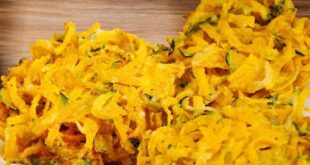 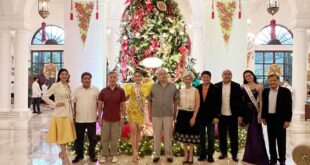 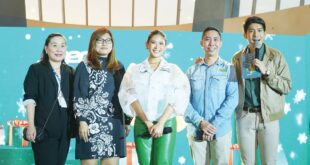 Precy Ejercito, who celebrated her birthday during the Christmas in November event, blows out the …