Island analysis: Assessing the contenders at The Players Championship The Players Championship, the signature event on the PGA Tour, starts on March 10 at TPC Sawgrass. The Stadium Course once again promises to perplex many golfers while also making sure to identify a worthy champion — five of the last eight winners have ranked as World No. 1 at one point in their careers.

Five who are trending

The Stadium Course, as a general perception, does not favor any particular style of play. Long hitters, short hitters, ball-strikers, putting wizards — it doesn’t really matter. If you’re on your game that week, TPC Sawgrass will reward you.

Even so, there are some active players who have managed to establish a successful track record on the Stadium Course. They include:

Jason Day – The 2016 Players champ also has three other top 10 finishes in his 10 starts. And since that 2016 win, no player has a better cumulative score under par than Day, who is 36-under at The Players in that span.

Justin Thomas – Before winning last year, Thomas showed in just his second Players start that he was comfortable at TPC Sawgrass, finishing tied for third in 2016. He also tied for 11th in 2018. Last year, he rallied from seven strokes down after 36 holes to win, tying a tournament record for a closing 36-hole score (64-68–132).

Sergio Garcia – Rahm’s fellow Spaniard has arguably the lengthiest track record of solid performances at TPC Sawgrass. He’s had at least one top-10 finish in three different decades; overall, he has seven top 10s in 21 starts, including his win in 2008 and runner-up finishes in 2007 and 2015.

Si Woo Kim – The youngest winner of The Players was 21 when he claimed the title in 2017, producing the only bogey-free round on the final day. He failed to make any noise in his next two Players starts, but last year he finished tied for ninth – an indication that maybe 2017 wasn’t a fluke but simply the start of what could be an extended run on the Stadium Course. Oh, and he’s 26-under on the back nine since 2016 – only Dustin Johnson and Jason Day have been better in that stretch.

Rory McIlroy might very well epitomize the feast-or-famine approach that can be so frustrating for the world’s best players at TPC Sawgrass. In his first three Players starts, he missed the cut. Then he produced top-10 finishes in his next three appearances, and a top-15 finish the year after that.

And in his three most recent starts at TPC Sawgrass, he’s gone missed cut; win; missed cut – the latter MC coming as he was fighting fatigue and some swing issues. McIlroy said the move back to the March date is much better for his game, though, so perhaps more consistency at TPC Sawgrass is in his future.

“It lends itself to more aggressive play,” McIlroy said. “I don't know if the course is easier or not … but I definitely like the golf course the way it is in March.”

The puzzling play of DJ

It’s difficult to assess former world No. 1 Dustin Johnson’s play at The Players.

On the positive side, Johnson has eaten up the back nine at TPC Sawgrass. He’s 31 under coming in since 2016 — the best performance of any competitor during that span.

Meanwhile, his eight rounds in the 60s since 2016 ties for the most (with Keegan Bradley and Ian Poulter).

And in 2019, he became the first player since Steve Elkington in 1997 to shoot four rounds in the 60s at TPC Sawgrass. Elkington won The Players that year by a record seven shots.

Unlike Elkington, though, Johnson did not walk away with the title. His 13 under total was three strokes shy of winner Rory McIlroy.

His tie for fifth that year remains his only top-10 finish at The Players in a dozen starts. He does have a couple of other top-20 finishes, but for most of his career — which includes 24 PGA Tour wins — he’s rarely been in contention at The Players.

In fact, he’s had more success across the street from TPC Sawgrass. During his college days at Coastal Carolina, Johnson played a college tournament called The Hayt at nearby Sawgrass Country Club and produced three consecutive third-place finishes.

Admittedly, like many players, it seems to have taken a few years for Johnson to get comfortable on the Stadium Course. His more recent performances are better than his early ones — and that’s why the scoring numbers since 2016 are so impressive (although the front nine has been a challenge, as he’s a cumulative 2 over since 2016).

And it’s not for lack of desire. Having won the FedExCup in 2020, two majors, six World Golf Championships events, and two PGA Tour Player of the Year titles, Johnson knows there are few holes left on his resume. The Players is obviously one of them.

“I definitely look forward to coming to The Players,” Johnson said. “It's one of our biggest events. We always say it's kind of the fifth major, so it's got a great field, it's at a great venue.”

17th and the champ

The eventual champion generally does not find the water at the island green par-3 17th during his victory week.

In the ShotLink era (since 2003), just three players have won The Players despite hitting a ball in the water at 17 — Matt Kuchar in 2012 (first round), Webb Simpson in 2018 (first round) and last year’s champion, Justin Thomas, also in the first round.

“It played really, really short,” Thomas said of his water ball at the 17th last year. “I mean, that green is substantially firmer than the rest of them, I would say. I had a 5-iron on 2 today that rolled out probably eight paces and then I had a pitching wedge on that hole that rolled out like six. So that doesn't add up, and they were very consistent over the course except for that hole.

“Just, it always is a little bit firmer for I would say obvious reasons, but especially up there on top, where you have the gradual upslope that you know if you land it into it, as soft as it is, it's going to rip back, but then you want to land it up top with the helping breeze, you know, you get it up in the air or a little bit of adrenaline with fans out here now, you can land it pin high and one hop in the water like I did.”

Don’t expect a multiple-major winner to finish as a runner-up.

Of the 23 players to finish as runners-up in the last 14 Players, just one currently has more than one major on his resume — Zach Johnson, who was part of a four-way tie for second behind 2021 winner Matt Kuchar. Johnson, of course, won the 2007 Masters and 2015 Open. 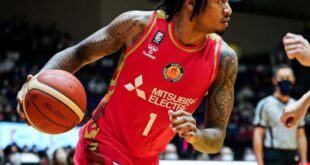 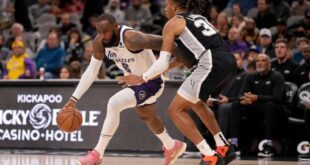 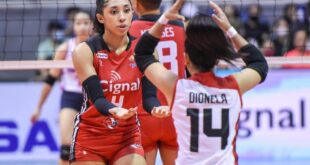 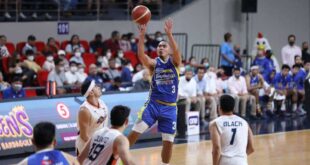 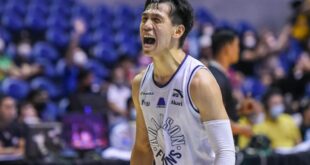