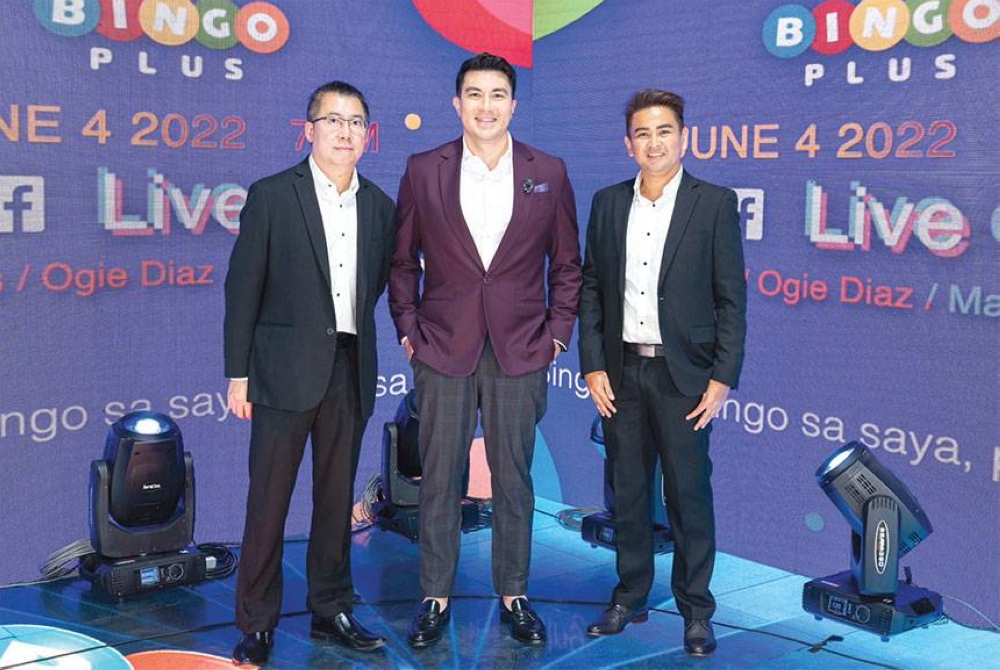 As a veteran in the entertainment industry and the most sought-after game show host on Philippine television, Luis Manzano, without a doubt, was able to build a name on his own for his natural talent and unique style in hosting, not to mention his easy humor, charisma, and quick-witted banter among co-hosts and guests. But beyond these traits, it is also a fact that Manzano earned the love and respect of the public because of his sincere compassion, effortless way of making people happy and readiness to help those in need.

Indeed, for this complete package, gaming franchise holder BingoPlus picked him as its very first celebrity endorser. Manzano's ambassadorship was fittingly launched at the first of its kind BingoPlus Day where Jasper Vicencio, AB Leisure Exponent Inc. (ABLE) president, told The Manila Times Entertainment, “Luis is a familiar face to Filipinos. We all know him as the country's 'Pambansang Host,' especially for game shows. It's always either him or his father [Edu], so I guess since we're targeting the young generation, Luis is really the perfect fit.”

Aware of how in-demand Manzano is in terms of endorsements, the top executive added, “We are happy to be part of his long list of [representations], which is proof of our commitment to uphold our brand's integrity and be among the most reputable brands in the gaming sector.”

It was clear at the gathering that BingoPlus takes pride in being the first online bingo game licensed by the Philippine Amusement and Gaming Corporation (Pagcor). Propelled by a breakthrough technology that brings to life traditional games for those who are challenged by location or social situations to play at bingo destinations, the concept and company received overwhelming support from the market.

To further underscore the integrity, fun and thrill of the varied products BingoPlus offers its patrons, the management believes that Manzano, at the brand's forefront, effectively resonates with everything about them.

In response to BingoPlus' warm and enthusiastic welcome, the affable 41-year-old showbiz scion said, “I am very happy to have been chosen as the first celebrity endorser of BingoPlus. The ability of the brand to bring happiness to people and keep them aspiring for greater things is exactly why I am in the entertainment business.

“BingoPlus and I both love to bring joy to people and show them that despite challenges brought about by problems such as the pandemic, we can always choose to be mentally active and positive in our thinking. We have so many more in store for everyone,” added Manzano.

Within a short period after its debut on January 17, BingoPlus successfully positioned itself as one of the most promising contributors in the gaming sector. Actively mounting a series of sponsorships, charities and collaborations in just five months, the excitement of its patrons is simply bound to carry on.

“It's fascinating because you see this big traffic increase in the last couple of months. We expect to continue to grow because people know we are licensed; we are legit, unlike other online gaming platforms. Mind you, we have 145 stores to date, and due to the pandemic, we transformed BingoPlus into a digitized, friendly platform environment that you can play anywhere,” Tsui expressed.

The rest of the BingoPlus Day event treated players to a special online concert with performances from Yeng Constantino, Erik Santos, and hosts Marco Gumabao, Lance Edward and Ogie Diaz.

Moreover, BingoPlus inked its first major sponsorship deal with the premier basketball league in the country, the Philippine Basketball Association (PBA), making it the official Bingo partner of the respected sports organization.