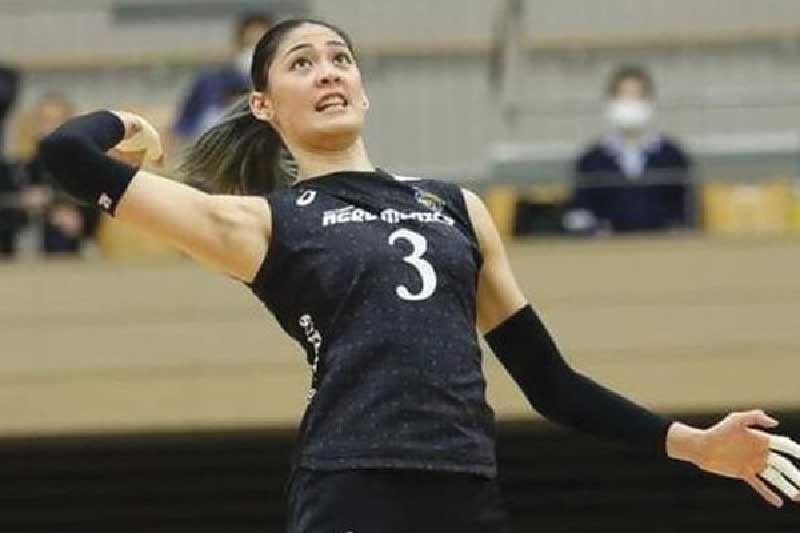 MANILA, Philippines — Former National University star Jaja Santiago is closer to her goal of playing in the Summer Olympics.

Santiago, who has been playing in Japan as a foreign reinforcement for the Ageo Medics in the Japan V. League since 2018, is being offered Japanese citizenship through naturalization — a move that would allow her to play for the country's national team.

And Japan's Olympic history in volleyball is nothing but impressive, having participated twice in the last four editions of the quadrennial event.

With the possibility posed by the naturalization offer, Santiago said she is interested in changing citizenships.

Though it certainly is tempting for the Saitama middle blocker, the 25-year-old still has hesitations as she still wants to represent the Philippines.

She also knows it would take much of her time to meet the requirements needed for her to be naturalized.

"50-50 actually," Santiago said of her chances of accepting the offer.

But if Santiago does end up representing Japan when she gets naturalized, it will likely be a big blow to a still developing local volleyball program here in the Philippines.