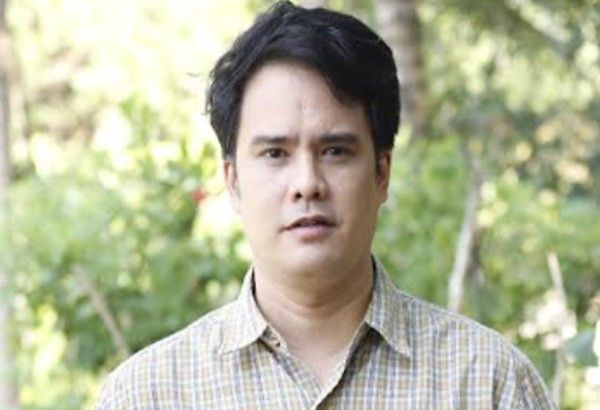 MANILA, Philippines — Returning actor Jao Mapa explained why he chose an erotic-thriller film in his comeback bid to showbiz.

During the virtual press conference of his upcoming movie “Paraluman,” Jao said he received an offer from Viva and he liked the story of the film so he decided to accept it.

“Well actually gumawa na ako ng Matrikula before [with] Rosanna Roces. This is like a… it’s not new,“ Jao said.

“‘Jao we have this film for you baka magustuhan mo, ano lang sexy lang siya pero don’t think of it as a sexy film but think of it as a comeback film.’ So yeah, that’s what triggered me to get back to this and the rest is already history,” he added.

Jao also wanted to know if the public will embrace him again as an actor.

The 90s actor said he is happy that he got along with the cast and crew of the film.

He also credited his wife Cecille for supporting his showbiz comeback.

“My wife, first and foremost, is very supportive. If she wasn’t supportive, I wouldn’t be doing this film actually. Of course, I consulted her first before doing this. She’s full support and I love her for that really. I can’t find any other woman like she’s very special to me. I’d like to put that note,” he said.

Award-winning thriller and horror film director Yam is back, this time for a new romance movie, “Paraluman.”

Peter (Jao) lives in with his partner Giselle (Gwen Garci), who’s a barangay worker. They will meet Mia (Rhen Escano), the minor, younger sister of one of their friends. Not long after, Mia falls in love with Peter who is almost twice her age and is soon to be wed with Giselle. Before everything goes wrong, Peter must choose between Mia, who’s very much younger than him and who just came into his life very recently, or Giselle, who has been with him for the longest time and wants nothing but to be with him for the rest of her life.

Vivamax is available at web.vivamax.net. Patrons can download the app and subscribe via Google Play Store, App Store, and Huawei AppGallery. For only P29, you can unli-watch all Vivamax titles for three days. You can also subscribe for P149/month and P399 for 3 months for bigger savings. You can also cast your screen from your device to Smart TV with Google Chromecast or Apple TV.