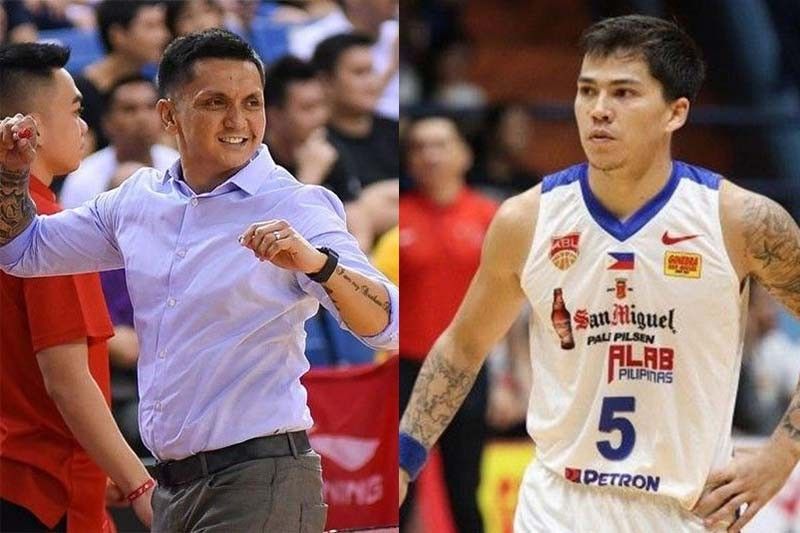 MANILA, Philippines — Jason Brickman is moving on to a new step in his career as he prepares to shift into the 3×3 game with Meralco.

But that doesn't mean he is leaving his former team Alab Pilipinas empty-handed.

Having played for Alab in the ASEAN Basketball League (ABL), Brickman is going to the PBA 3×3 with a number of learnings — including what he had learned from decorated mentor Jimmy Alapag.

Speaking about his new team Meralco, the 29-year-old talked about his takeaways from being with "The Mighty Mouse".

"His leadership. I think that's the biggest thing. He's always encouraging me to be more vocal and to be a leader on the floor as the point guard," said Brickman.

"So seeing his leadership as the head coach and trying to bring the team together every opportunity those were the biggest things that I learned from him," he continued.

Brickman went on to say that relationships he had with those he encountered in his basketball career, including his interactions with Alapag, were crucial to his adaptivity in playing away from his home town of Texas.

"When I first left Texas I was homesick a lot, and I think just getting more experience playing and travelling made me more comfortable with the lifestyle of being away from family and friends," said Brickman.

"I've met a lot of great people being overseas — I think that's helped my experience playing on the basketball court," he added.

While his dream to play in the PBA for its 5-on-5 tournament remains elusive, Brickman remains grateful for the opportunity to return to the Philippines and play the game that he loves.

"I'm just grateful to be here and hopefully I can help Meralco to win the title in the 3×3," he said.

"I'm hoping it can lead to me playing in the PBA 5×5 one day. I'm very grateful to be here," he concluded.