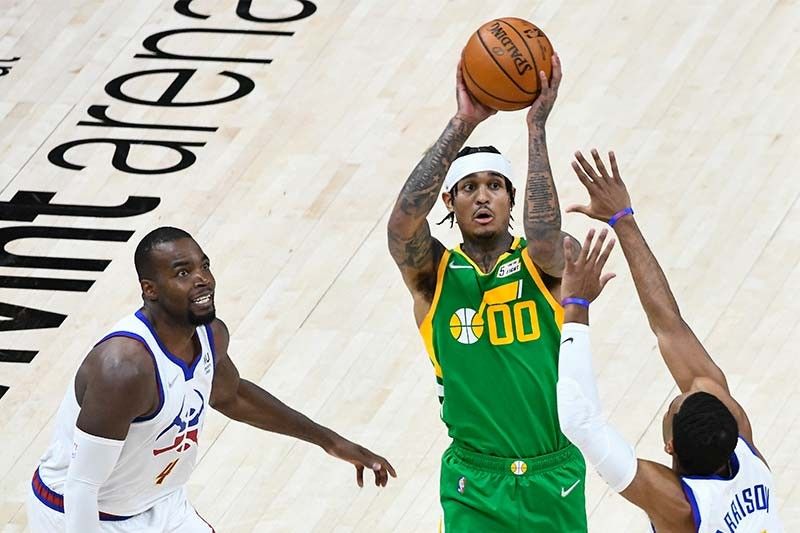 MANILA, Philippines — The Utah Jazz continued to hold on to a slim lead at the top of the Western Conference standings after a crucial 127-120 win over the Denver Nuggets on Friday (Saturday, Manila time) at the Vivint Arena in Salt Lake City.

Bojan Bogdanovic continued his fine play in Donovan Mitchell's absence with a career-high outing of 48 points to lead the Jazz.

Filipino-American Jordan Clarkson, meanwhile, strengthened his case for the Sixth Man of the Year Award with 21 points off the bench.

Clarkson, who started off hot with three triples in the opening quarter, made a clutch 3-pointer to bring the Jazz's lead to six, 124-118, with 51.7 ticks left.

While a bucket from Paul Millsap cut the deficit to just four, 120-124, clutch charities from Jordan and Bogdanovic sealed the deal for Utah.

Elsewhere, the Los Angeles Lakers continued to struggle with injury woes as the postseason draws near, losing to the Portland Trail Blazers, 106-101.

The Blazers eked out the crucial win to climb out of the seventh seed and steer clear of the play-in tournament — at least for now.

The defending champions, though, fell out and are in danger of having to go through the play-in if they don't recover soon.

Damian Lillard paced the Blazers in the victory with 38 points while CJ McCollum and Norman Powell tallied 21 and 19 points, respectively.

Anthony Davis led the Lakers in the losing effort with 36 markers.

For their part, the Phoenix Suns kept themselves within striking distance to gain the top seed in the West again after blowing past the New York Knicks, 128-105.

DeAndre Ayton paced seven Suns with double-digit scoring with 26 points in the victory.

In other games, the Philadelphia 76ers added on to the woes of the New Orleans Pelicans who saw star Zion Williamson injured, 109-107.

The Chicago Bulls pulled out the upset axe on the Boston Celtics, 121-99.