Jimuel Pacquiao wants to make a name for himself 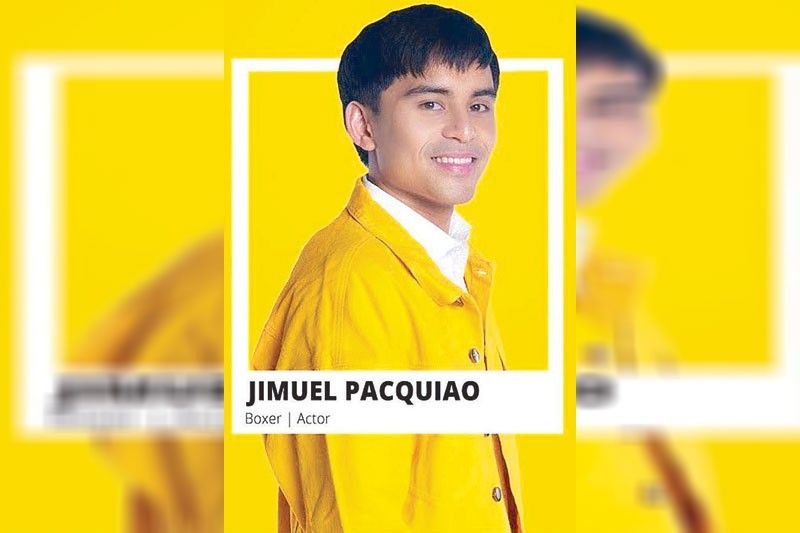 Yes, boxing is indeed in his genes. But entertaining audiences also occupies a special place in Jimuel Pacquiao’s heart. Thus, when the opportunity to be part of The Squad Plus, a group of up-and-coming and promising stars of the Kapamilya Network, presented itself to him, Jimuel welcomed it with open arms. He is now taking a chance on a career in showbiz.

“They are very supportive,” replied Jimuel when asked about the reaction of his parents (Sen. Manny and Jinkee Pacquiao) to this decision in a media conference via Zoom.

“If they were asked to choose between showbiz and boxing, of course, they would want me to pursue showbiz, ayaw po nila akong mag-boxing. They made sure, at the very beginning, that I really wanted to go in because (doing showbiz) is very taxing, especially schedule-wise, and all that. Tinanong po talaga nila ako before ako pumasok (We did have a serious talk.)” Commencing his showbiz career, Jimuel has the support of his parents Sen. Manny and Jinkee Pacquiao, as well as younger siblings.

When The Squad Plus good news reached him, Jimuel was not spared from having jitter. “I was kinda nervous,” he recalled. “I’m a newbie (and) I’m very thankful.” He has given a platform to play, so to speak, and start making a name for himself.

His first “dip in the showbiz waters” was when Jimuel showed his dance moves on the ASAP Natin ‘To stage last year and wowed audiences. He also has his own YouTube channel, with an online following to boot, which showcases his “fun personality,” according to the information given to the media, and has helped him feel comfortable speaking before the camera.

Hands-down, Jimuel is happy to join The Squad Plus, armed with this piece of parental advice that he should “always be passionate, always follow God (because) everything will follow (and will fall into place).”

As a newly-launched member of The Squad Plus, Jimuel will be seen doing guest appearances. “When it comes to acting,” he added, “it will come (soon).”

Acting is something Jimuel would love to pursue. He had a taste of portraying a character and being in the limelight back in high school. He wanted to revisit that interest again.

“I wanted to give it a try and see how it goes from here,” said he, who aspires to be a versatile actor.

Since he is a newbie, Jimuel knows the importance of hard work and that he has to work his way up. This is a very good plan and mindset for aspiring showbiz personalities like him.

Although he plays instruments such as the guitar, piano and saxophone, and can sing and do beatbox, Jimuel had this to say: “I think I’ll leave that (musical) field to my brother (Michael).” His younger brother is a budding rapper who has already released music last year.

Jimuel also shared that he and his brother are introverts. “Mahiyain kami (and) now we’re trying to put ourselves out there (to overcome it) and we (try to improve ourselves) as persons.”

As he commences his showbiz career, Jimuel is also aware of the pressure and the expectations being the son of Manny Pacquiao and the possibility of him being compared to his father.

“I think the pressure is always there, laging nanduon kahit sa pag-bo-boxing,” he said. “I think hindi naman ito maiiwasan (it is unavoidable and inevitable). Alam ko po na marami pong nakatingin sa pamilya namin. But I take it as a challenge and I wanna make a name for myself. I believe I can do it.”

Aside from showcasing his knack for acting, Jimuel will just remain true to himself, something he intends to showcase as a budding star.

“I think just by being myself and (trying) my best in everything that I do,” he said. “When I do something, I’m very passionate about (it). I make sure I give my 100 percent effort to it. I’m just hoping that people will see that and I’m not trying to, you know, copy my dad. I’m just trying to do my own thing.”

On top of doing showbiz, Jimuel is also attending school and training for boxing. So far, he is doing good at time management.

“Since everything is (done) online now, it’s a little bit more flexible,” he said. “Schedule can easily be managed now. I always find time for everything, like even for my training. Kaya namang i-balance ang lahat.”