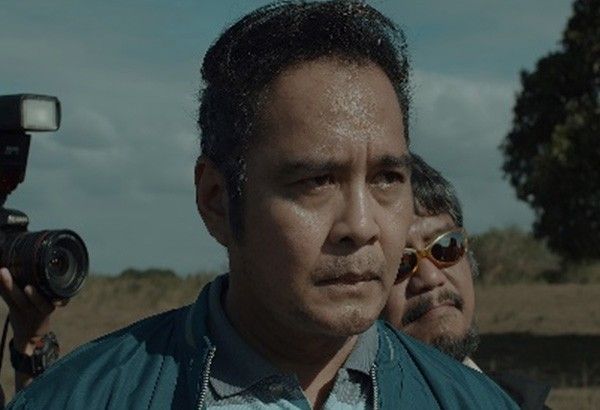 MANILA, Philippines — John Arcilla can now kiss his own Volpi Cup as he is the first Filipino actor to have won the prestigious award for Best Actor at the 78th Venice International Film Festival.

A day before the awards on Saturday, John Arcilla shared a photo collage of actors who won the coveted Volpi Cup on his social media accounts. He is now part of the elite roster that includes Sean Penn, Javier Bardem and Brad Pitt.

Arcilla beat Benedict Cumberbatch, Antonio Banderas, Oscar Isaac and Tim Roth. Other winners include Penelope Cruz, who bagged Best Actress for "Parallel Mothers," and Maggie Gyllenhaal, who was awarded the screenplay prize for "The Lost Daughter."

Arcilla could not make it to the prestigious film festival but he was able to share his thoughts and have his spotlight when he gave his acceptance speech via video.

“Well, if there is something that I really regret tonight is that I will not be able to kiss my Volpi Cup there in the middle of Venice and on that red carpet just like the other 77 great actors whom I admire who have already kissed their own, this most wonderful and prestigious award,” said Arcilla.

Dennis and John co-star in another of Matti's opus, the six-part HBO Asia Original series "On The Job: The Missing 8." The first two episodes feature additional never-before-scenes from the 2013 film while the succeeding four episodes is the continuation of the film with additional characters and storyline. It is now streaming on HBO Go.

In last week's online presser, Matti said that "OTJ" was the type of material that does not audition people for major roles.

Matti intended for Arcilla to play Sisoy Salas, a seasoned countryside journalist whose ethics will be tested.

"(OTJ is the) kind of material that doesn't audition people for major roles. Immediately, certain roles come to mind. For example, in the role of Sisoy, John Arcilla came to mind because of his big personality, charm. Sisoy is the opposite of Heneral Luna but with the same larger than life character," explained Matti.

After screening at the film festival, "OTJ: The Missing 8" will also be screening in Rome and Milan in Italy.

Share
Previous Mars Enters Libra: Here’s Your Horoscope For the Week of September 13
Next Obiena leaps to new Asian record in Austria