John on being Fr. Suarez

The journey of John Arcilla as an actor can be summed up this way: From the sexual to the historical to the spiritual. 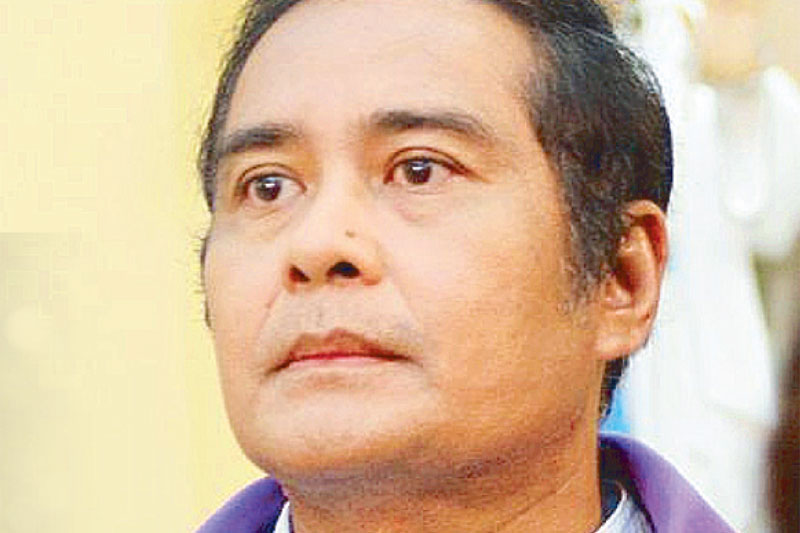 Asked to compare Gen. Juan Luna and Fr. Suarez, John said, “They were opposites. Heneral Luna was an anti-hero famous for his temper while Fr. Suarez was cool and hardly had a temper. I find the opposites exciting.”

In this Conversation, John talks more about the healing priest who died of heart attack last Feb. 4, three days before his birthday, while competing in a tennis game. How long and how well do you know Fr. Suarez?

“It was through friends from ABS-CBN that I got the invitation to play the role; it was when I remembered that he was the priest my elder sister used to talk about. She had been attending Fr. Suarez’s healing Masses, and I became a believer. I have not seen him perform healing nor attended his Masses, but it sounded good to me. When the film Heneral Luna made it, I thought biopics worked for me so I said I was interested and asked for the script.

“There were some questions in my mind so I started googling about him…about the sexual molestation and financial issues. I got scared and regretted my decision but it was too late since I already said yes. My worry was that I might just be a mouthpiece to justify his scandals and I didn’t want to be part of that.”

What changed your impression about him?

“One thing that intrigued me was his homilies. Watching his videos, I was impressed by his charisma and the way he spoke, the way he handled the crowd from all sectors of society in different parts of the world…the rich and the poor. Even respectable people listened to him and sought healing. To be very sure, before I signed the contract, I requested for a meeting with him. He told me that he was a fan of my film Heneral Luna and that he personally handpicked me to play the role. I just listened to his story. I saw his human side and found him to be a jolly and an honest person.” The way Fr. Suarez was presented during special occasions. Far right: John in a healing scene with Dante Rivero from the movie. Says John, ‘I was supposed to sing on his birthday last Feb. 7. Next thing I heard, he was already at the morgue after he had a heart attack during a tennis game.’

You know, John, you seem to exude a “priestly” aura. Are you aware of that?

“I’ve always been a ‘church’ person. I grew up in that kind of environment. My mother was a Carmelite Sister before my father met her, and my father came from a clan of priests in Bicol. I am from Pampanga. Growing up, I was an acolyte, a church guitarist and assistant to the choirmaster in Baler, Aurora. I lived in a parish convent all through my high-school days. I took an entrance exam for priesthood twice before I got my scholarship in college to another Franciscan school and before I became a full-fledged scholar of the Actors Workshop Foundation of Laurice Guillen and Leo Martinez in 1987.” Is your portrayal of Fr. Suarez so exact that we will see on the screen Fr. Suarez and not John Arcilla?

“I did not make an effort to look like him. I didn’t see any distinct characteristic that made him look different from any other reverend. For me, it was his charisma, his essence and his faith that made him special. And his sensibility of being able to have this total surrender to the Almighty. I seemed to see him almost levitate every time he spoke, and that all the beautiful words were inspired by the Holy Spirit.”

Did he visit the set?

“I think he did but we never met. Nagkaka-salisi kami. But you know what, I felt closer to him in his absence than I was when he was around. During the shoot, I felt like I was living his life. I would call him for tips every now and then. We did plan to see each other and visit his convent in Mindoro. I even promised to sing at his birthday last Feb. 7 but he died three days (Feb. 4) before that. Next thing I knew, he was already in the morgue. Ang bigat sa dibdib! Nakakaiyak!”

How convinced were you that he performed miracle healing? Were you healed of anything by Fr. Suarez?

“During our first meeting, I was so tired from a lot of tapings and shoots. I was doing Ang Probinsyano, I was finishing OTJ2 for direk Erik Matti and with Christopher de Leon, and at the same time kakatapos ko nung action flick na A Hard Day namin ni Dingdong Dantes. Also, I was starting to shoot for Miracle in Cell No. 7 with Aga Muhlach. Wala naman akong sakit pero pagod ako.

“I am not sickly at all; in fact, since birth, I haven’t been hospitalized. I asked Fr. Suarez to pray over me if there was anything wrong with me. I bowed and he touched my nape. He closed his eyes and as I closed my eyes, I saw the blue silhouette of Christ’s ‘The Eye.’ Then, I just smiled and did not say anything.”

Was it all physical healing?

“I don’t think so. I was also healed spiritually. Alam mo naman ang mga family usually may mga issue na parang gusto mong ma-heal. That same year after Fr. Suarez prayed over me, I hosted our biggest family party in El Nido, Palawan. We were around 70, almost 70 heads in our family — kasya sa isang eroplano. Sobrang saya! No friction. No drama. Up to now, that family outing is the favorite topic of our family on social media. I consider that a result of my faith in Fr. Suarez’s healing power while he was praying over me.”

Did you talk to him before the movie’s shoot and what “tips” (if any) did you get from him?

“Wala namang tips but he insisted to add a scene kasi nga nag-hahanap ako ng critical na incident sa buhay niya. And just the night before he passed away, he told daw direk Joven, ‘Basta, dagdag n’yo ‘yan, ha, gusto ko yan ang mag-papanalo sa kanya.’ He was joking, of course! Nakakatuwa siya, and at the same time sad kasi that was his last night after watching the final 95 percent rashes of the film. I wasn’t there. Sila lang nila Ms. Edith Fider, my producer. Then kinabukasan, nawala na siya. We were glad that before he died, he was vindicated in the sexual molestation and financial cases.”

How is playing a priest compared to playing a hero (Heneral Luna)?“

“Heneral Luna is not your common hero. He was an anti-hero. He was not perfect. His fury and his temper had a significance in his fate that made this character so interesting to build and work on as an actor. While Fr. Suarez is your common-looking priest who is calm and cool, hardly any temper at all, the opposite of Heneral Luna. As an actor, I find these opposites exciting.”