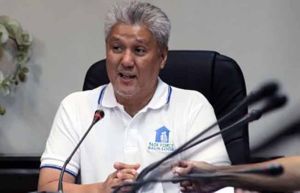 THE Philippines is ready to conduct joint patrols with the United States in the West Philippine Sea (WPS), the Department of National Defense (DND) told The Manila Times on Thursday.

DND spokesman Arsenio Andolong said joint patrols with the US can be “explored,” especially if the arrangement will be beneficial to the country.

Andolong was asked to comment on the statements of Foreign Affairs Secretary Enrique Manalo that joint patrols between the Philippines and the US in the West Philippine Sea can be explored, in the face of continuing aggressive actions by China in the waterway.

Manalo was quoted as saying that the patrols “can take place under the ambit of the Mutual Defense Treaty.”

Signed in 1951, the treaty calls for the Philippines and the US to defend each other from aggression.

Manalo made the observation after the visit of US Secretary of State Antony Blinken last week.

Manila has filed a series of protests against the repeated incursions of Chinese vessels in the West Philippine Sea. The incidents include Chinese ships blocking Filipino resupply missions and around 200 Chinese militia vessels swarming a reef located in Philippine waters.

It is not the first time that the idea of joint patrols in the WPS was floated.

During the time of President Benigno Aquino 3rd, then secretary of Foreign Affairs Albert Del Rosario met twice with Blinken, who was then US Deputy Secretary of State, to discuss the feasibility of joint patrols.

The proposal was shelved after Rodrigo Duterte assumed the presidency.

Meanwhile, Armed Forces of the Philippines (AFP) Chief of Staff Lt. Gen. Bartolome Vicente Bacarro reiterated that the military was more than willing to carry out its mandate to protect the country's sovereignty.

Bacarro stressed this point during his first command conference Wednesday.

In his State of the Nation Address, President Ferdinand Marcos Jr. vowed not to surrender even one square inch of the nation's territory to any foreign power.

“We only do what is required of us to do and what is important is we are able to perform our mandate to protect (the state and) our people,” Bacarro was quoted by AFP acting spokesman Col. Medel Aguilar, as saying.

Bacarro took over the helm of the AFP from Gen. Andres Centino last August 8.