Jomary Torres in must-win situation in ONE: Big Bang 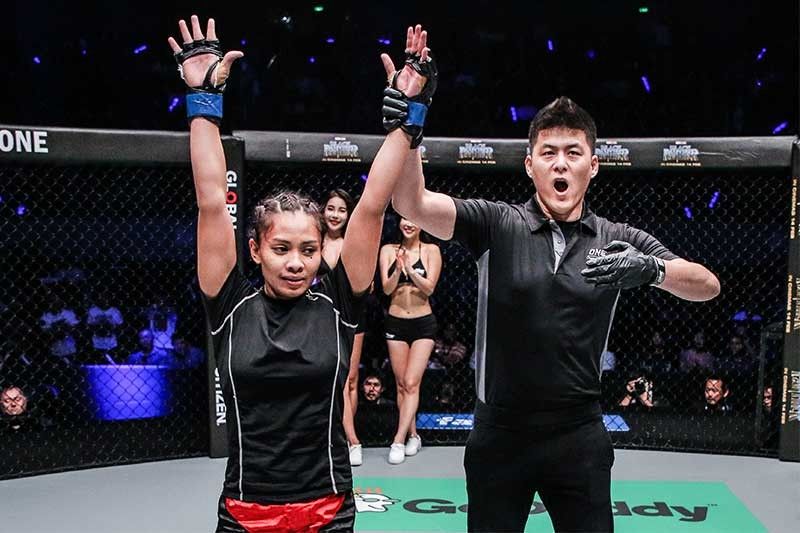 MANILA, Philippines — Jomary Torres is gearing up for a must-win situation in ONE: Big Bang in Singapore on Friday.

Already in the midst of a four-bout slide after winning her first three matches in ONE Championship, Torres will have a crucial shot to barge back into the win column against a up and coming contender in Ritu Phogat.

Related Stories
Catalan in, Kingad out in ONE: Big Bang

Aware of the repercussions of another loss to Torres' future in the promotion, her coach Rene Catalan put on heavy expectations in her upcoming fight.

"She needs to show to ONE Championship, to the audience that she can fight strong," he added.

The third-ranked strawweight contender has been Torres' mentor ever since she stepped into the mixed martial arts scene in her late teens.

Much like Catalan, Torres expressed a sense of urgency in fashioning out a win against Phogat, who coincidentally is on a winning streak.

Eager to change the narrative of her career, Torres is out for redemption.

ONE: Big Bang will feature Torres along with Catalan as a late replacement. The latter will face off with Bokhang Masunyane to get back into the title conversation for the ONE strawweight belt.

The ONE Light Heavyweight Kickboxing World Championship will headline Friday's event with Roman Kryklia defending his crown against Murat Aygun.