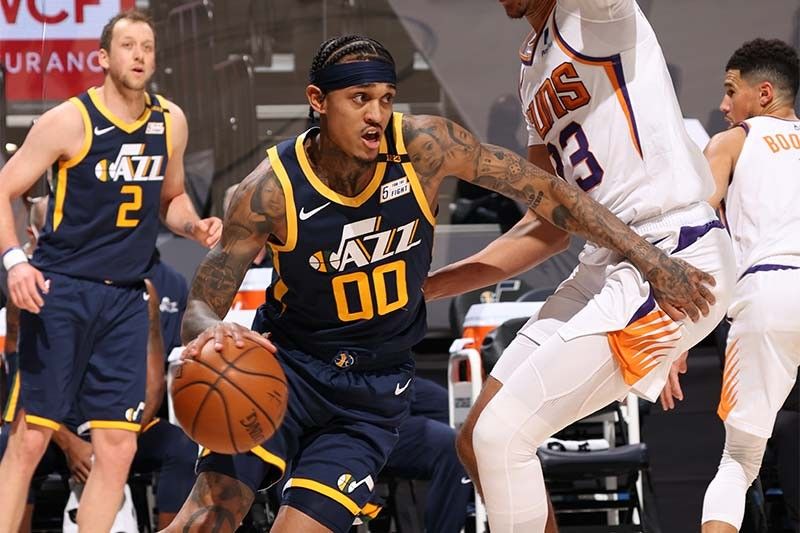 Jordan Clarkson #00 of the Utah Jazz handles the ball during the game against the Phoenix Suns on December 31, 2020 at vivint.SmartHome Arena in Salt Lake City, Utah.
Luisa Morales (Philstar.com) – January 3, 2021 – 10:35am

This after the 28-year-old "made contact" with a game official in the Jazz's game against the Phoenix Suns on Thursday (Friday, Manila time).

Clarkson bumped into a game official with 10:58 remaining in the second quarter on the heels of stealing the ball on an inbound pass by the Suns.

The Fil-Am guard appeared to shove the game official out of frustration at the lost chance at a transition basket.

The fine on Clarkson was made official by Executive Vice President of Basketball Operations Kiki VanDeWeghe on Saturday (Sunday in Manila).