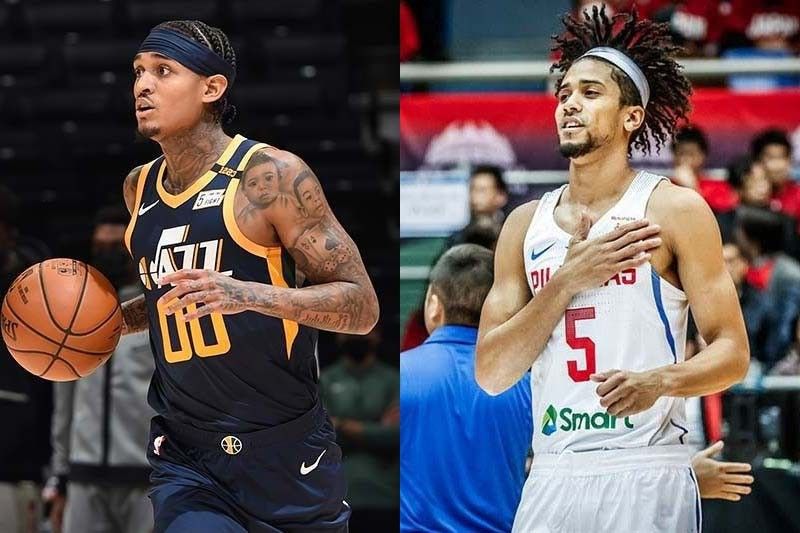 MANILA, Philippines – Jordan Clarkson has seen a big uptake in his game since his days with the Los Angeles Lakers.

All of it came to fruition this post-season with the Utah Jazz, with the Filipino-American taking home the Sixth Man of the Year award while also helping his team to the best record in the league.

These improvements in his game, according to his friend and former Gilas Pilipinas teammate Gabe Norwood, are the result of what he does at the gym when nobody's watching.

"A lot of it, for me, was off the court, you know? The work ethic, the extra shots and work he was putting in," Norwood said during the recent episode of NBA Philippines' Republika Huddle.

"Even with his short time with the national team there at the Asian Games, [we saw it]," he added.

The Jazz guard had suited up for Gilas Pilipinas in 2018 with Norwood, and while he didn't come off of the bench then, the latter could see Clarkson’s improvement.

And Clarkson's individual achievement this season was just the product of years of hard work — something that Norwood was fortunate enough to witness.

"You definitely saw the work and the kind of the mentality that he had since 2018 all the way up until now," said Norwood.

"He's just become a more efficient player and really stood out this year," he added.

Only a year and a few months into his career with Utah, Clarkson was the leading scorer for players who came off of the bench with 18.4 points per outing to help him clinch the award.

He and the Jazz are currently a win away from the second round of the NBA playoffs as they are ahead 3-1 against the Memphis Grizzlies.