Reporter and longtime educator Ernest Tucker, considered to be the CBC’s first Black journalist, is being inducted into the CBC News Hall of Fame.

Tucker began his career with CBC in Toronto’s radio newsroom, later moving to Montreal, and continued as a reporter for more than 35 years. He simultaneously worked as a radio and journalism teacher at John Abbott College for over three decades, and later authored three novels.

Alongside his first with CBC, he is also believed to be the first Black student to attend Ryerson’s School of Journalism, and was among the first journalists in Canada to break the news of U.S. President John F. Kennedy’s assassination.

“[The CBC News Hall of Fame] is a chance for CBC News to embrace and celebrate this legacy and the individuals who have helped define us,” Susan Marjetti, CBC’s general manager of news, current affairs and local, said in a news release. “Quite simply, Ernest Tucker made a difference in a lot of people’s lives at CBC.”

Three of Tucker’s children — Rebecca, Jasmin and Julien — will attend the virtual ceremony Tuesday afternoon as their father is posthumously honoured.

Originally born in Bermuda, Tucker moved to Canada in the 1950s, and soon after started working at the now-defunct Toronto Telegram newspaper.

He left to work at CBC in 1961, where his daughter Rebecca Servin says he loved getting a front-row seat to historical events — even if he rarely appeared astonished by them. That includes the civil rights movement of the 1960s, the FLQ kidnapping of British diplomat James Cross, and even John Lennon and Yoko Ono’s 1969 “bed-in for peace.” 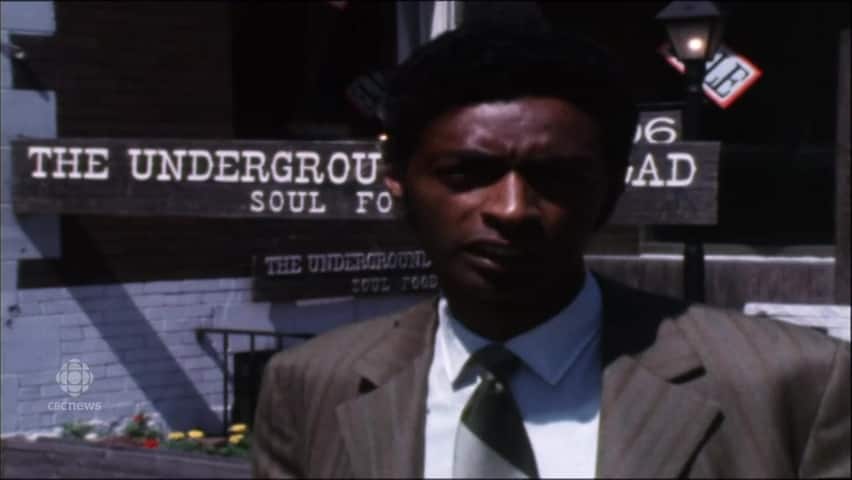 Ernest Tucker was a reporter for CBC who began his career in his native Bermuda in the 1950s.4:32

At that event, the recently married couple invited press to their Montreal hotel room, as they stayed in bed for a week to protest the Vietnam War. Servin said that, as was typical of her father, Tucker had a matter-of-fact way of describing the experience.

“I asked him about that because I thought he’d be excited to talk about it,” she said. “And he just goes: ‘Yeah, they were in bed.'”

“He loved being where the action was … [but] he never really spoke about his ‘cherry on top of the ice cream’ experience at the CBC … He wasn’t a braggart. He just kept to himself and kept on moving.”

Servin said he had a similar way of describing the hardships he faced in being among the first Black people in the Canadian journalism industry. He was hesitant to bring up his experiences with racism with his children, she said, but did encourage them to take advantage of any opportunity presented to them.

“He wouldn’t really say ‘I had it so bad. They hated me because I was Black,'” Servin said. “He’d always say: ‘Look, it’s a big world out there. And if you want something, just work hard. Study. Have faith in yourself, and you can get what you want.'”

Past Hall of Fame inductees

The CBC News Hall of Fame was established five years ago as a way to honour those who have “demonstrated a lasting impact on the CBC and Canadian journalism.” Tucker will be the seventh inductee, following 2019’s dual honourees Matthew Halton and Peter Stursberg, who were correspondents for the CBC during the Second World War.

Former anchor and The National chief correspondent Knowlton Nash was the first to be inducted in 2015. He was followed by CBC foreign correspondent Joe Schlesinger in 2016, CBC Radio’s As It Happens host Barbara Frum in 2017, and journalist and broadcast executive Trina McQueen in 2018.

As a “massive plaque collector,” Servin said her father would be overjoyed at the induction. The honour would be the “crown jewel” of the awards and certificates he kept, which dated all the way back to high school.

Still, she said, the ceremony will be bittersweet.

“I just wish more than anything he was here even just for an hour to witness this, because this would be the happiest moment of his life,” she said. “He’s not, and since we know that, my brother, sister and I are going to go and learn how happy he would be, and we’ll be that happy ourselves. Because he’s our father, and he did everything to make us happy.”