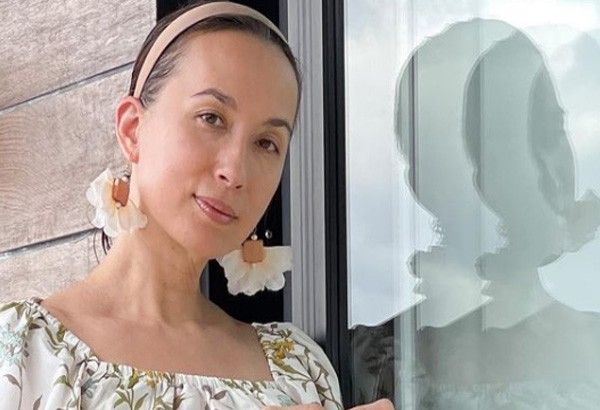 MANILA, Philippines — Author Joy Tan-Chi Mendoza shared how she forgave the seven men who gang-raped her when she was then a 15-year-old student.

In Toni Gonzaga’s latest video blog on her Youtube channel, Joy recalled what happened that night.

In Joy's accounts as written in her blog and in her testimonies for Christian Church Christ's Commission Fellowship (CCF), Joy said that that night, she was supposed to go to a friend's house, but instead, her parents advised for her to stay at their house instead and just invite a friend to be the one to come over to their house.

That night, while her parents were away for a spiritual engagement, armed men stormed their house and tied up everyone in their family. She and her friend were raped repeatedly all over the house by at least seven men.

“It was so surreal na parang I was just not there anymore, but I do remember very, very distinctly in my heart I was reciting Psalm 23, the Lord is my shepherd,” Joy told Toni.

“And I remember thinking, you know, because I've given my life to Jesus when I was nine. So in my heart I knew, okay, if they kill me, I know where I'm going. So I had that peace, and I just thought to myself, they can touch my body, they can do all these things to my body, but they cannot touch my soul because that belongs to God,” she added.

Joy said he trusted God in that moment so she remained calm despite what was happening around her.

“So that was the peace that I had and that's why I think I had an extraordinary calm, I don't think it's because of me, I think it’s really the Holy Spirit. I think it was God because God knows a timeline of our lives, right? So he prepared me. He really prepared me,” she said.

Joy and her family didn’t file a complaint to the men who raped and robbed their home as she said God told her that all people fall short for His glory, including her.

“What helped me to forgive, was two things. The first was, before, I used to think I was a good person, so the people will rape, the people who murder, the people who cheat on their marriages, these are evil people. I’m not like that. That's what I thought in my mind, right? You can start to compare yourself horizontally with people,” she said.

“And if you feel like some people are worse than you are, then maybe you really are a better person. God reminded me during that season, ‘Joy, all people fall short of my glory.’ Romans 3: 23 says that. So compared to God as with God at the standard and his holiness, lahat tayo talaga wala. We need grace, we need forgiveness. God reminded me, ‘Joy, actually you're just like those people,’ and it's only because of my grace and forgiveness, that you are in the right relationship with. So can you then extend that same grace and forgiveness that I have given you to forgive those people,” she added.

Joy admitted that some people close to her family opposed their step not to pursue with the case, but said that she trusted God as the ultimate justice giver.

“But some people have reacted to that because it's like, ‘Joy, don't you think that you're in real space, right? And you could be doing people a disservice if people like that are not put behind bars?’ Into the width I come to peace about that is that in our hearts and minds, we said, 'Who is the ultimate justice giver?' And when God says, 'Vengeance is mine and I will repay.' I have to also trust that God is bigger than the justice system,” she said.

She also revealed that military people close to her family offered to “take care” of the people who raped her, but they declined.

“Somebody actually approaches somebody who's connected to the military and he said, 'Do you want us to take care of these people?’ Basically hunt these people down, and get rid of them. So what we decided to do is we'll transcribe: 'Okay, Lord, You know what they did. You know what they deserve.' You know, the amazing thing is some years later, a lot of the gang members were caught. Some were actually killed not by our hand, the gang was disbanded. So it’s like justice was served. God's way, God's time,” she said.

Now, Joy helps other women who experienced the same thing and she tells them that they are not alone.

“Giving me a platform for ministry, giving me an opportunity to minister to women, because once my story was out there, it now gives other women courage to admit that they went through something similar, or that they needed to get help because they were in a situation where they were being abused, molested or raped,” she said.

“I think other women are realizing that they can speak up now. We don't have to suffer in silence. And there's no shame in being a victim because actually when you share your story, and you choose to help others, then there's victory,” she added.

Joy encouraged people to do a heart check and choose forgiveness.

“All of us need to do a heart check. Forgiveness is something that all of us can apply and all of us have to. So what I tell people is don't make your forgiveness conditional on how the person is going to be moving forward. If they choose to act in loving ways, then you will just see it as a bonus, but not something that you are dependent on to have peace, to have joy,” she said.

“Why should you be a victim twice? First, what they do and then you victimize yourself by holding on to that anger. When you can be such be like you said, you can live with joy, you can live with peace because you're no longer in prison in that anger, and sometimes, they will never ask for forgiveness. So you can't wait for that moment. To be set free, you have to choose now."

Joy is now a happy hands-on mom to six kids with financial planner and former ANC "On the Money" host Edric Mendoza. Joy and Edric are marking their 20th wedding anniversary on July 22 this year.

In its 50th year, Cindys has established its heritage as a bakery that offers heartwarming …