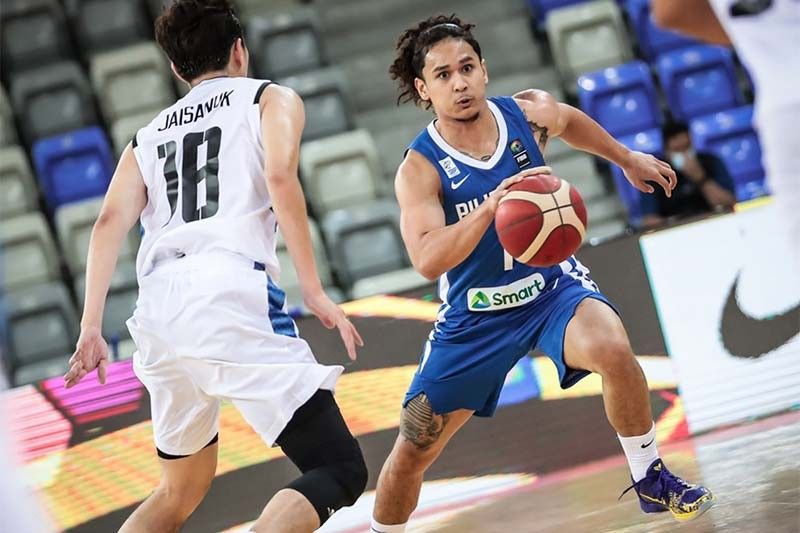 MANILA, Philippines — The Gilas Pilipinas squad in Manama, Bahrain for the second window of the FIBA Asia Cup qualifiers were young and inexperienced.

But if anybody questioned their worth to banner the country in the international stage, two thrashings of Thailand in a sweep of their matchups blew those doubts away.

Adding even more to the accolades of the all-cadet squad is Juan Gomez de Liano's inclusion to FIBA's top performers in the Qualifier bubbles.

The star guard out of the University of the Philippines made it to the federation's top five list of performers in both the Bahrain and Qatar bubbles.

Gomez de Liano had a balanced performance in both outings against Thailand, his second straight call-up in the Asia Cup qualifiers, he posted the norms of 13 points per game to go along with 3.5 dimes.

Though his performances were overshadowed by Ateneo's Dwight Ramos and his brother Javi in Gilas' first and second game, respectively, FIBA pointed to his timely shots that were key to Gilas' wins.

"In both games, it was the younger Juan Gomez de Liano that made big shots and big plays to get the momentum swinging the Philippines' way," said FIBA.

"The 21-year-old has a bright future ahead of him and it seems like we're just only scractching the surface of his potential," they added.