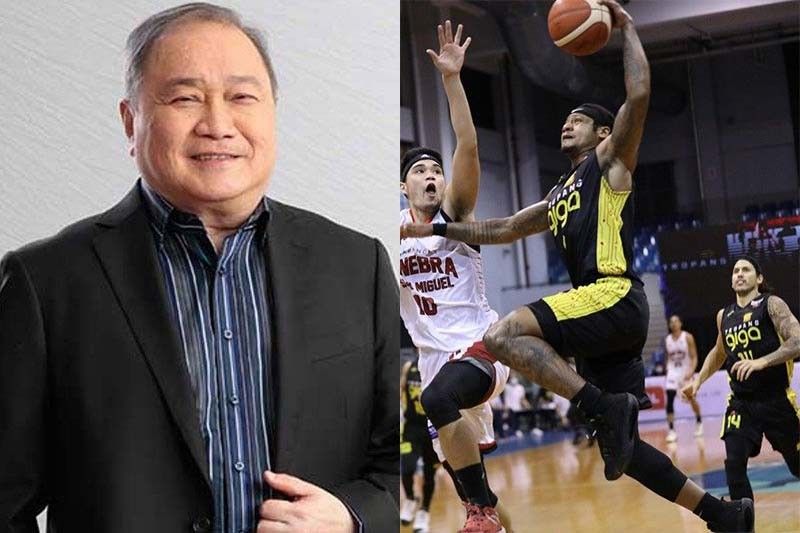 MANILA, Philippines — It looks like PDLT-Smart chairman Manny V. Pangilinan isn't taking Bobby Ray Parks Jr.'s announcement that he will be not suiting up for the TNT Tropang Giga in the upcoming PBA season well.

This after the basketball executive and known sports backer posted a cryptic Facebook post on Saturday night, hours after Parks Jr. announced that he would not play for TNT this season.

"This photo taken Thursday last week, around 9pm. February 25, in San Juan, La Union. I don't see any mother being cared for, and as far as I know, La Union is nowhere near California," wrote Pangilinan on the post.

Parks Jr. bared on his Instagram that he would not be playing for the Tropang Giga in the upcoming PBA season due to "personal reasons".

"It is a heavy heart that I will have to excuse myself and not partake in this year's PBA season due to personal reasons which in particular, my family," wrote Parks Jr. about his absence.

But it looks like Pangilinan isn't buying the former National University standout's reason, at least based on his social media post.

Parks Jr. had said that he hopes to return to TNT "once everything is resolved", but that may be easier said than done with how things have transpired so far.

IRONMAN fires off in Mactan