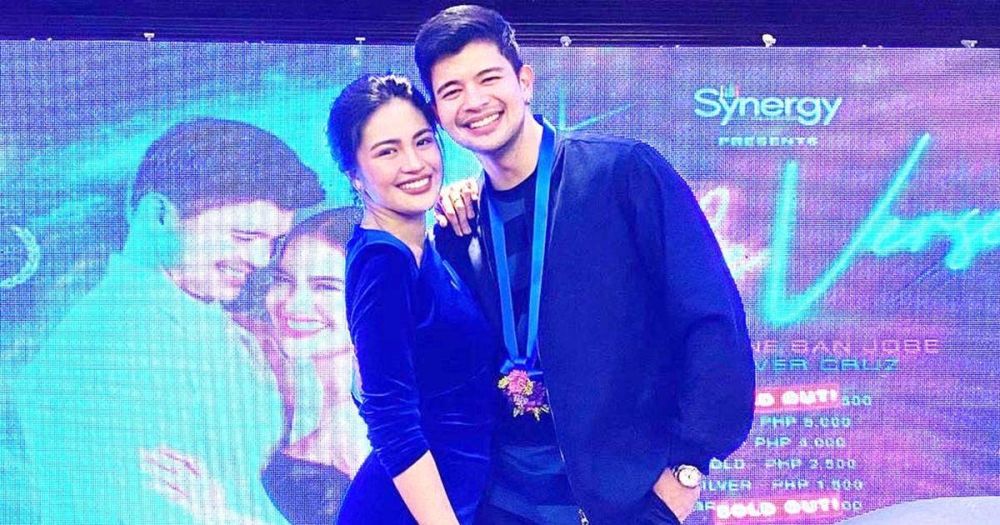 Julie Anne San Jose and Rayver Cruz are taking their partnership to the next stage — specifically, the Newport Performing Arts Theater.

The two all-out performers are headlining their first concert together tonight titled “JulieVerse.”

Many people are harping on this concert not only because they are excited to see what San Jose and Cruz have to offer, but also because the two are rumored to be an item. There's no denying their chemistry and fans — who started calling their onscreen partnership “JulieVer” — can't help but hope they are indeed a couple in real life.

But where did JulieVer start?

It was on the second installment, “Limitless: Heal,” that Cruz was featured as one of San Jose's guests. He accompanied her as she explored the mysterious beauty of Siquijor. Then, on the last part of Limitless, “Rise,” Cruz sang a duet with San Jose and revealed that it was her who inspired him to share his talent in playing the guitar to a bigger audience.

Before “Limitless,” the two were mainly seen sharing hosting duties in the singing competition, “The Clash.” After Cruz's gusting, however, the production was convinced that they saw a spark they could work on.

“Ang end goal talaga namin in 'Limitless' series was to have Julie in one big venue. But we realized after second part, which was 'Heal,' na iba yung chemistry ng dalawa,” Oliver Victor Amoroso, first vice president and head of GMA Regional TV and Synergy and acting head of GMA Integrated News, shared at the concert's virtual media interview.

“We were able to activate our first live production, during 'Rise,' and there, we were convinced that Julie and Rayver had something that we should do in a bigger venue. Diyan nabuo yung JulieVerse,” he continued.

In their concert tonight, the duo promised not just all-out performances but heartfelt song numbers as well, all showing their journeys as artists and as individuals.

A blushing Cruz said in return, “Kung ano ako ngayon dahil sa kanya, she brings out the best in me.”

And just like what he said during the Limitless special, Cruz reiterated during the recent interview that it was San Jose who inspires him to pursue music.

Having heard these answers, only one question remained — will there be a special reveal during their special night?