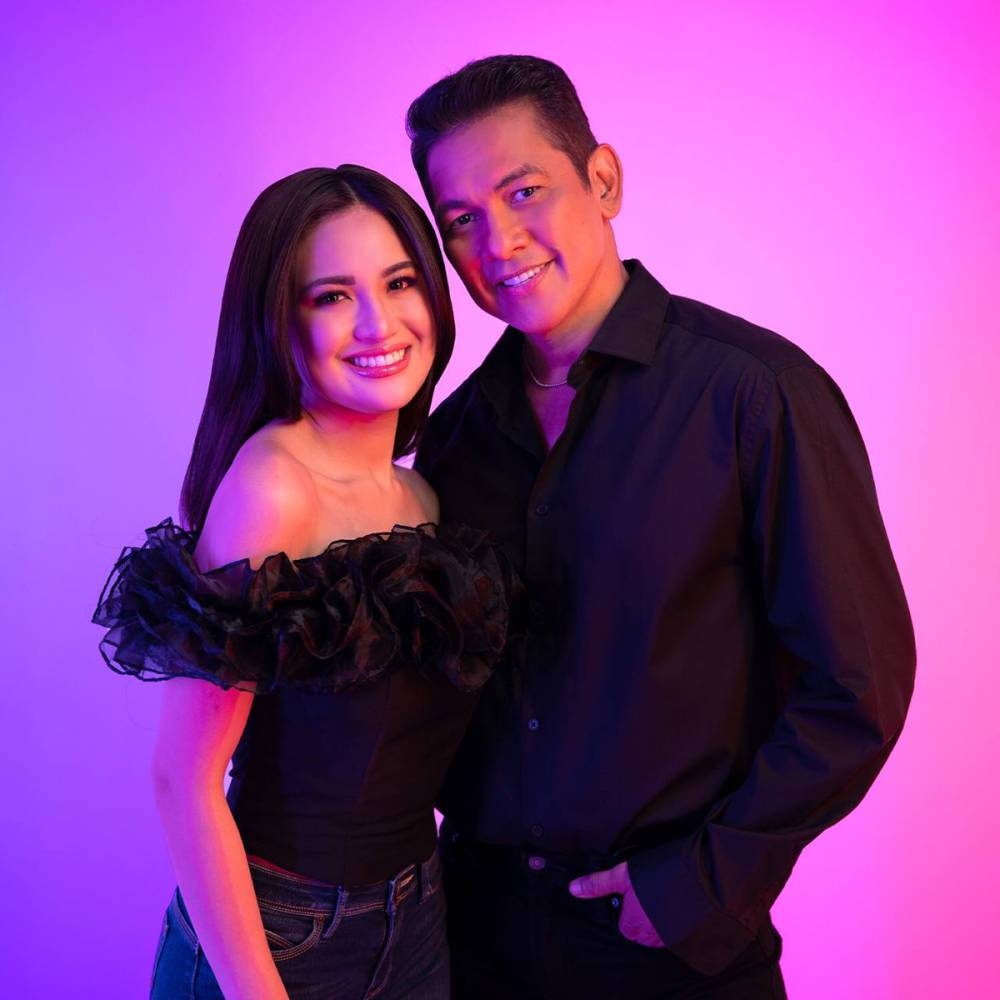 Celebrated as two of the record label's most sought-after artists for many years, this collaboration surely is a treat to their long-time fans. The track features a hypnotic mellow vibe, giving listeners an opportunity to really just let out their emotions during the times that they feel like they can't move on from a lost love.

“When I recorded the song, from the very start it had to be what are you feeling as a guy. What would the guy feel singing lyrics like these to the person? I left Julie Anne to do her own thing to express it her way so that our vocals would be blending with each other but emotionally, it's not the same,” Gary V said in a virtual interview.

“I figured that there are more scenarios that normally happens to people specifically to relationships. I'm sure a lot of people can relate to the song because it talks about complicated relationships. Kapag hindi kasi para sa iyo, hindi talaga. And all you have to do is just accept it,” Julie Anne said.

“Di Ka Akin” also marks as the first release after Universal Records Philippines announced its official partnership with Singapore-based music label Cross Ratio Entertainment. The partnership aims to strengthen and promote Southeast Asian music around the globe and bridge the gap between artists and audiences in neighboring countries, bringing them closer to new and existing fans in the SEA region.

The gorgeous pop ballad with Julie Anne's writing and vocals on full display easily impressed Gary V., a reason why he said yes to this collaboration in a heartbeat. For the OPM icon, an excellent artist like JAPS does not come very often and you really don't want to miss an opportunity like this.

“When I first heard about it, the first thing that came to my mind was 'game!' Because when you talk about the artist the level of Julie Anne, these are the artists who don't come up with a song for the sake of coming up with a song. They come up with something that stems from somewhere. And I found out she was going to write the song. When it was sent to me, it was more of 'babagay ba ito sa akin' because it is a love song. How do you put somebody my age and her age in a love song? But things worked out,” Gary V said.

And if you ask Julie Anne — who wrote this song last year — she still finds the whole experience about this collaboration a dream come true.

“It was originally just a solo song when I wrote it. It has always been my dream to collaborate with Tito Gary. Then Universal Records called me. My initial reaction was 'are you serious?' I got excited because I've never done like this before. We would only see each other in events or concerts. It was surreal that it was finally happening. It all happened so fast. So, I figured, that the song I wrote can be a duet too. Tito Gary has been one of my musical influences when I was a kid so nakakatuwa at nakakataba ng puso,” Julie Anne shared.

In celebration of her favorite time of the year, Grammy Award-nominated artist Sarah Brightman begins a new Christmas tradition, by taking her “A Christmas Symphony Tour” internationally to Manila on December 7 at the Smart Araneta Coliseum.

“I have been to Manila for a show before and I was incredibly upset that I didn't have the time to enjoy it and I think I do this time. For the Philippines, I know it is a very important time of the year. I feel of all the countries, this is the important one to bring it to,” Brightman said in an interview with Music Geek.

Accompanied by an orchestra and a choir, this beautiful holiday show will feature Brightman performing show-stopping renditions of classics from the Christmas canon, along with personal holiday favorites and many of her greatest hits.

“It is very personal and special to me because Christmas is a very special time of year. I took special care in creating a very visual treat for everybody. It's an intimate show but it has a spectacular look and creates many moods,” Brightman said on what to expect from the show.

Tickets to “Sarah Brightman: A Christmas Symphony in Manila” presented by Wilbros Live and Smart Araneta Coliseum are available via TicketNet.com.ph AND TicketNet outlets nationwide.