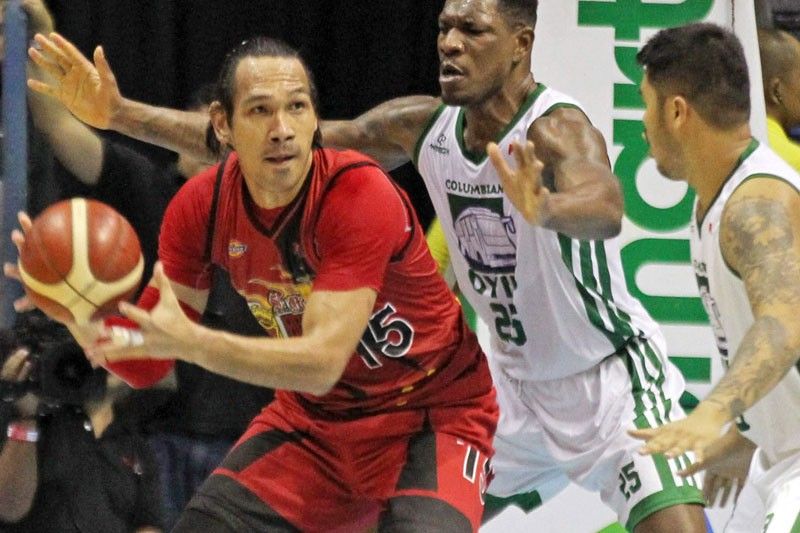 MANILA, Philippines — Six-time PBA MVP June Mar Fajardo has finally gotten back to the hardcourt with his San Miguel Beermen — albeit just in practice at the moment.

Fajardo, who hasn't played a single PBA game since 2019, shared that he was nothing short of ecstatic when he was able to join his teammates during practice in Batangas.

Fajardo was notably absent from the PBA bubble last year in Clark where the Beermen failed to defend their Philippine Cup title.

After getting stuck on the sidelines for more time that he'd like, the eight-time PBA champion is raring to be able to contribute once more for his team.

If Fajardo's injury fully recovers in time for the PBA's season this year, the Beermen will surely get a shot in the arm — especially with CJ Perez now on their side.

But the 6'10" big man remains cautious and will look to keep his head down.

The PBA is currently holding practices in bubble formats for its teams while awaiting the easing of quarantine restrictions in NCR to possibly kickstart the season in late June or early July.