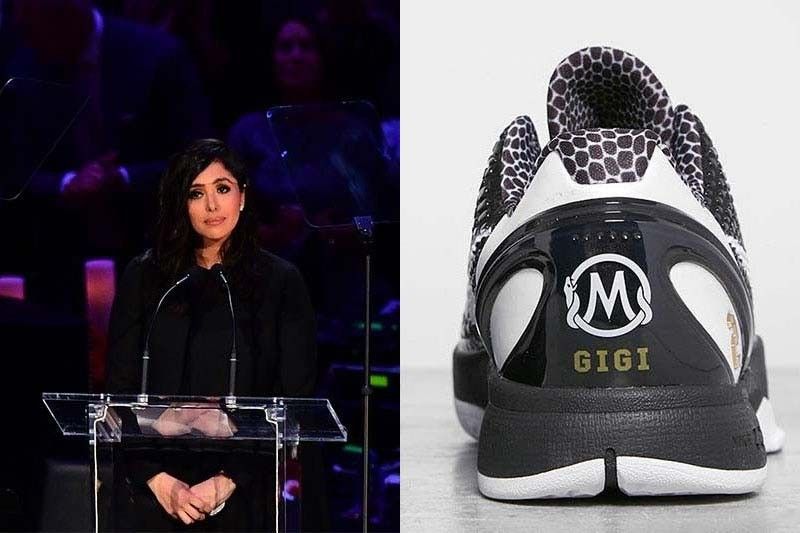 MANILA, Philippines — It seems like things are getting more sour between Nike and the Kobe Bryant estate after the latter refused to sign an extension with the sportswear giant.

This after Kobe's widow Vanessa Bryant blasted the company on Wednesday (Thursday, Manila time) over the Kobe 6 Protro "Mamba Forever" rumored for release later this year.

In a lengthy Instagram post, Vanessa revealed that the Bryant estate gave no approval for the shoes to go on sale.

"This is a shoe I worked on in honor of my daughter, Gianna. It was going to be called the MAMBACITA shoe as an exclusive black and white colorway on her daddy's shoes… The MAMBACITA shoes are NOT approved for sale," wrote Vanessa.

"I wanted it to be sold to honor my daughter with ALL of the proceeds benefitting our [Mamba and Mambacita Sports Foundation] but I did not re-sign the Nike contract and decided not to sell these shoes," she added.

The Bryant matriarch also claimed that the shoes, which bore a number of callbacks to both Gianna and Kobe's basketball careers, were not approved to be made in the first place.

Nike has also not yet sent any of these pairs to the Bryant family. NBA player Khris Middleton wore the shoes in Game Four against the Miami Heat earlier this week.

"I do not know how someone else has their hands on shoes I designed in honor of my daughter, Gigi and we don't," continued Vanessa.

"I hope these shoes did not get sold,"

Nike released plans for the "Mamba Forever" shoes in May in time for Kobe's induction to the Basketball Hall of Fame.

The sportswear giant failed to get the Bryant estate to re-sign on a contract earlier this year, after the late Lakers' star deal with Nike ended.