Juvic sizzles amid rain, fires 5-under 66 for joint 5th in Olympic golf opener 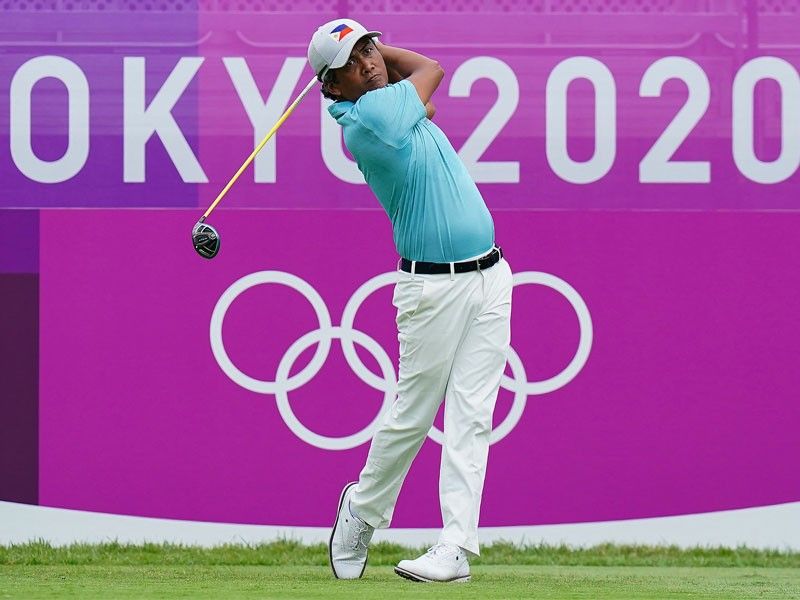 TOKYO – Juvic Pagunsan sparkled in midday heat before afternoon rain interrupted play at the Kasumigaseki Country Club Thursday, firing a five-under 66 for joint fifth, just three shots off the pace at the start of the men’s golf in the XXXII Olympiad.

With some momentum from his recent triumph in the Mizuno Open here in the Japan Tour, Pagunsan banged away six birdies against a lone bogey as he was with several hackers finding the day’s condition of the par-71 course to their liking.

Overnight thunderstorm softened the 7,447-yard course, allowing players to go for the pins.

Pagunsan has just holed his sixth birdie on No. 16 when rain stopped play of the last two flights for over an hour.

Austria’s Sepp Strata, a PGA Tour campaigner who’s just licked COVID-19, carded a flawless eight-under 63 for the first-round lead with Thai ace Jazz Janewattananond having his own bogey-free round of 64 for solo second.

In the second to the last flight with Zimbabwe's Scott Vincent and Paraguay's Fabricio Zanotti, Pagunsan went one-under with a birdie right on the first hole but then yielded a shot with a bogey on the par-3 No. 4.

He ended the front nine at 34 with birdies on holes No. 6 and 8, and got going collecting three more birdies in the back nine for that solid 66, topping the likes of major winner Collin Morikawa and Top 10 players Xander Schauffele and Justin Thomas.

Closing out with a bogey, Schuaffele settled for a 68 for joint 12th with a big group including American Patrick Reed, Korean Kim Si Woo and Swede Henrik Norlander.

Morikawa, the 2020 PGA champion and 2021 Open winner, and Rory McIlroy, another great gun in the field, were with another big group a shot back at 69.