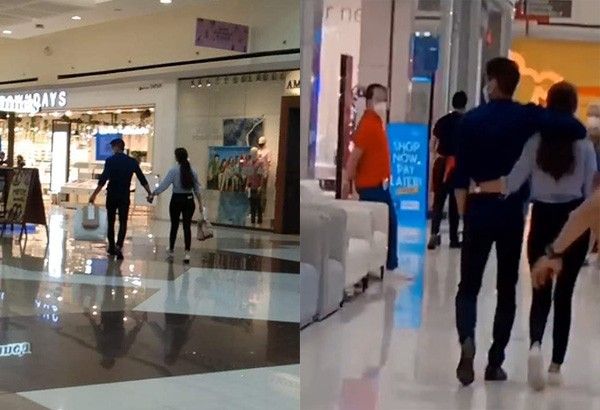 MANILA, Philippines — Sexy actress AJ Raval found herself in the receiving end of criticism after photos of her with Aljur Abrenica getting cozy in a mall trended online.

Social media users criticized AJ for saying that they are still in the getting-to-know stage but photos of her and Aljur in a mall tell otherwise.

AJ reiterated in her interview with Philippine Entertainment Portal on dzRH last Tuesday that she and Aljur are still not in a relationship.

Aj Raval : Getting to know each other

Getting to know moves

Not in a relationship moves

Aj Raval : Getting to know each other

Getting to know moves

Not in a relationship moves

Paolo Contis to Yen Santos: as a friend

Aj Raval to Aljur: getting to know

Moreover, user @AngManunupa said AJ’s statement that Aljur is a good man contradicts his split with his wife, Kylie Padilla.

Girl, no good man can leave his kid/s and wife for another woman. How proud of you naman being the cause of a family to be broken for your own happiness. Hindi SANA MANGYARI DIN SAYO NANGYARI KAY KYLIE AND HER FAMILY. Just sayin. pic.twitter.com/yvH0fCVq8o

Share
Previous Protected: Be the first to own the vivo X70 co-engineered with Zeiss
Next Author says City of Hamilton is ‘aggressively’ removing his signs honouring a former slave