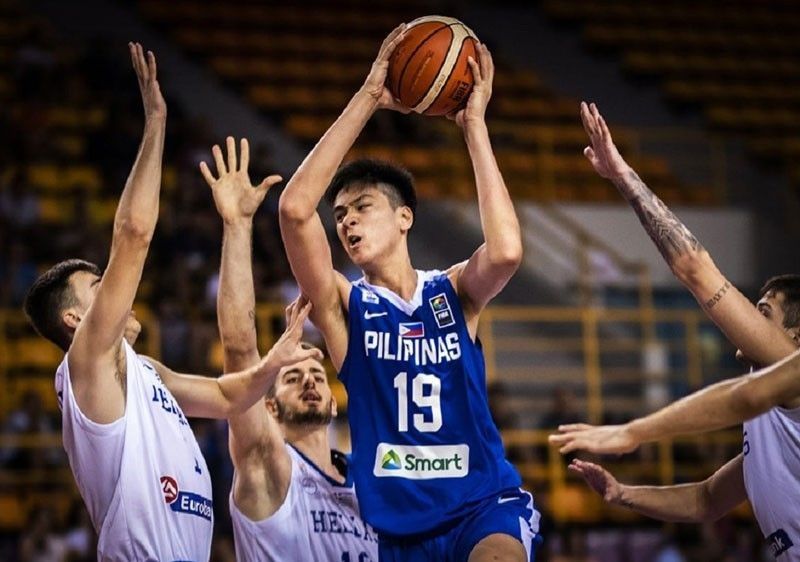 Kai Sotto will land late Tuesday night after departing from the United States Monday, making him available later this week at the earliest after clearing protocols, according to the Samahang Basketbol ng Pilipinas.
John Bryan Ulanday (Philstar.com) – February 2, 2021 – 4:07pm

MANILA, Philippines – After a long wait due to the difficult travel measures amid the pandemic, Filipino teen wonder Kai Sotto has come home in the nick of time to reinforce the Gilas Pilipinas training camp for the upcoming FIBA Asia Cup Qualifiers later this month.

The 7-foot-3 center will land late Tuesday night after departing from the United States Monday, making him available later this week at the earliest after clearing protocols, according to the Samahang Basketbol ng Pilipinas.

“He will be ready to join the bubble as soon as he clears the quarantine period,” SBP president Al Panlilio said in the Philippine Sportswriters Association (PSA) online forum Tuesday.

The 18-year-old Sotto has to yield a negative swab test after undergoing quarantine for five days before being cleared to join the Gilas camp at the Inspire Sports Academy bubble in Calamba, Laguna.

His availability from quarantine, as soon as possible, will give him enough training time of at least a week with the Nationals before they leave the country for the February 18-22 tourney.

Gilas is scheduled to depart to Doha on February 13, according to Gilas team manager Gabby Cui.

“The sooner he can come in, the better for him. Kai still needs to understand and learn under the Gilas system. He needs to blend with his teammates and you can only do that if you’re able to practice with them,” added Panlilio.

Gilas is scheduled to clash with rival South Korea twice and rejigged Indonesia in the Qatar tourney, which also serves as Sotto’s debut in the seniors team after being the cornerstone of Gilas youth.