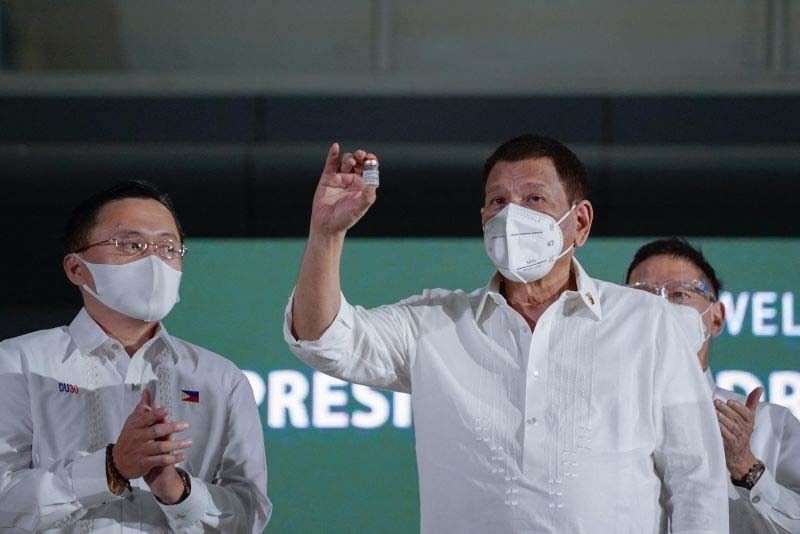 MANILA, Philippines — As fears of a total lockdown mount due to soaring COVID-19 infections, President Rodrigo Duterte expressed optimism that Filipinos would overcome the pandemic, saying they have been through worse trials.

"I will just say to my countrymen that do not despair. Kaya natin ito COVID na ito (We can prevail over this COVID)," Duterte said during a pre-recorded public address last Monday.

"Maliit na bagay ito sa buhay natin. Marami tayong dinaanan mas ano, mas grabe, mas mahirap, mas magluluha kayo (It is just a small thing in our life. We have been through worse, more difficult ones that brought you more tears," he added.

The president made the remark as the number of COVID-19 infections surged to more than 5,000 per day this month, raising the specter of another total lockdown. Officials have said a wide-reaching lockdown is not necessary for now because the country still has enough health care facilities in case the number of serious cases increase.

Because of prolonged lockdowns intended to contain the pandemic, the Philippine economy shrank by 9.5% last year, the steepest economic contraction since 1947. The health crisis, which has claimed the lives of more than 12,000 Filipinos, has also shut down several businesses, displacing thousands of workers and forcing the government to spend billions in aid to affected sectors.

While officials claim that Duterte has acted decisively on the pandemic, critics insist that the government's initial hesitation to impose a travel ban on Chinese citizens has led to the spread of the virus. Last February, Duterte predicted that the virus, which was then known as NCoV, would "just die a natural death."

Presidential spokesman Harry Roque claimed that Duterte was not belittling the pandemic but was just emphasizing that the Philippines could recover from it.

"What the president was saying is that it (pandemic) is just temporary, it's not forever and it shall also pass. Once the vaccines arrive, we will have a solution to the problem and we will have a new normal," Roque said at a press briefing Tuesday.

"The president is not belittling our sufferings. But what he was saying is we will rise from it, we will heal as one," he added.

Duterte assured Filipinos that the government would continue to work to ensure that everyone would have access to COVID-19 vaccines. He ordered agencies to contribute to the administration's vaccination program, which started this month.

"Do not be afraid. I will not leave you," the president said.

"We must contribute and the other departments must take note of this. You have to contribute, I said, this is a fight not only against the COVID but against you know despair and hopelessness," he added.