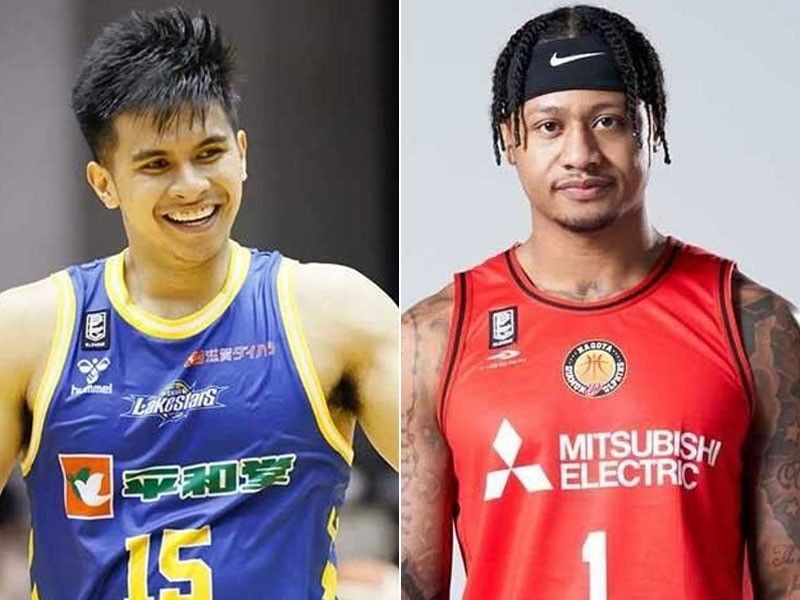 MANILA, Philippines – Kiefer Ravena and Ray Parks Jr. rekindle their storied rivalry, this time in the Japan B. League, as streaking squads Shiga Lakestars and the Nagoya Diamond Dolphins collide at the Dolphin’s Arena.

Action kicks off at 2:05 p.m. with Ravena and the Lakestars (5-1) looking to ride the wave of their four-game winning spree to break a three-way B. League leadership with Hiroshima (5-1) and reigning champion Chiba (5-1).

But more than that, the ace guard is determined to assert mastery of Parks in the pros after going 2-0 during their time in the PBA, where Ravena played for NLEX and the latter with Blackwater and TNT.

Ravena and Parks also had iconic collegiate duels in the UAAP, where they both won MVP plums, for the Ateneo Blue Eagles and NU Bulldogs, respectively.

In Japan, Ravena and Shiga looms as a slight favorite but Parks and Nagoya are tipped to wage a strong fight banking on three straight victories after a flat 0-3 start.

Parks is also tipped to be on his full form after slowly regaining bearings with consistent double-digit outputs since being sidelined by a muscle strain injury.

Ibaraki (0-6) hosts Thirdy Ravena and the San-en NeoPhoenix (2-4) at 1:05 p.m. at the Adastria Mito Arena while Kobe Paras and Niigata Albirex BB (2-4) aim to snap their two-game slump against Mikawa at the City Hall Plaza Aore Nagaoka at 6:05 p.m.

In the B. League Division II, Juan Gomez de Liaño of Earthfriends Tokyo Z (0-6) shoot for a breakthrough win against FE Nagoya at 12:30 p.m. at the Ota City General Gymnasium.