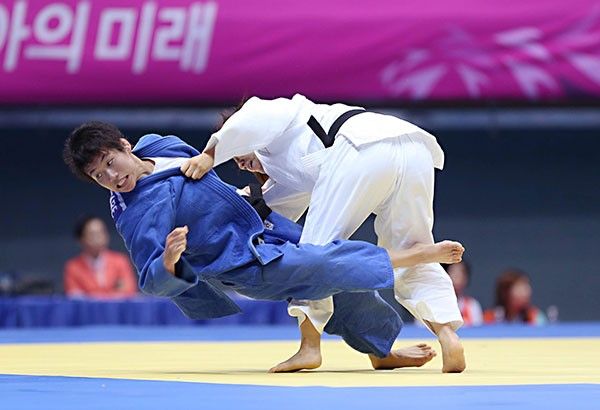 MANILA, Philippines – There is a strong chance that the Philippines will have not just one but two slots in judo in the Tokyo Olympics in July.

Virtually assured of a spot to Tokyo, Kiyomi Watanabe hopes to deliver the country another berth as she competes in the World Championships slated June 6-13 in Budapest, Hungary.

The Fil-Japanese judoka is already qualified via continental quota and a strong performance in Budapest should earn her direct qualification to the quadrennial games.

This means she would have to relinquish her continental quota slot, which could land to either of the Nakano brothers Shugen or Keisi, who snared a gold and bronze medal in the 2019 SEA Games in San Fernando, Pampanga.

“We have a slot in the Olympics. She (Watanabe) cannot be dislodged from that slot , it’s just that our IF (International Federation) will officially announce it either second or third week of June,” said Philippine Judo Federation (PJF) president Dave Carter during a recent Radyo Pilipinas interview.

“She is set to play in the World Championships and if she directly qualifies there, there’s a possibility the continental quota will be given to one of the Nakano brothers.”

Watanabe is currently ranked 38th in the women's -63kg class but should be the highest ranked in Asia and assured of an Olympic slot since Japan already has one being the host as well as Korea and China having directly qualified bets.

And if the country would end up with two judo seats in the quadrennial event, it would be the most by the country in the sport since Tomohiko Hoshino and Kodo Nakano qualified in the 2012 London and 2016 Rio Games, respectively.