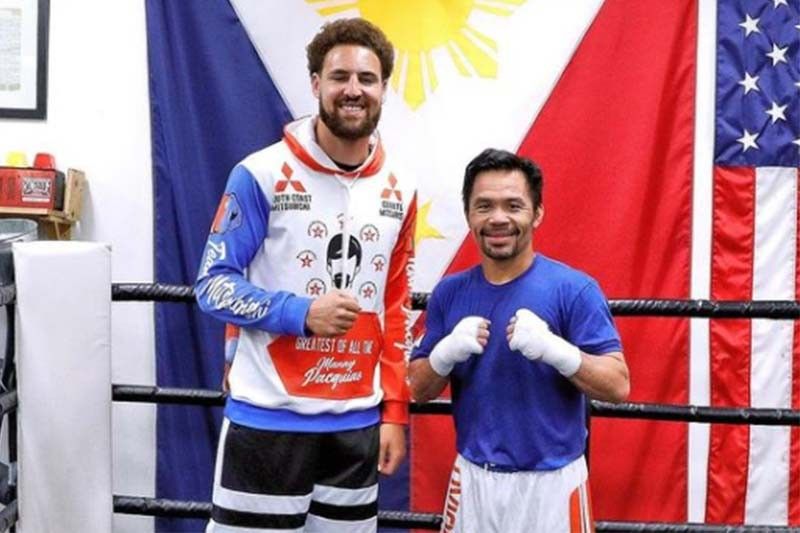 Golden State Warriors guard Klay Thompson was the latest NBA star to take a glimpse of Pacquiao during his preparations for the latter's fight with Errol Spence Jr. in August.

Thompson stopped by Friday (Saturday, Manila time), wearing a hoodie that dubbed the eight-division world champion the "Greatest of All Time".

"Nice to have [Klay Thompson] at Wild Card Gym today! I told Klay I would teach him how fight if he'll teach me how to shoot," quipped the basketball-crazy Pacquiao.

Pacquiao-Spence Jr. is set for August 21 (August 22, Manila time) at the T-Mobile Arena in Las Vegas.