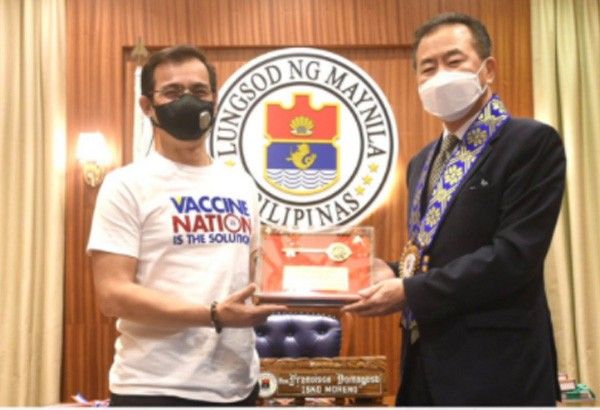 MANILA, Philippines — Manila Mayor Isko Moreno announced that the capital will be building a Korea Town in Malate, Manila.

In the Manila Public Information Office Twitter account, Moreno said that the matter was discussed last Tuesday when South Korean Ambassador Kim In-chul paid a courtesy call at his office.

"We are building Korea Town in the Malate area to showcase Korean culture right in the nation's capital. We also told His Excellency about how we benchmarked Myeong-dong's markets in Binondo, Manila," Moreno said.

Moreno said that the relationship between the capital and South Korea will strengthen by establishing Korea Town in Malate.

"If the City could extend any help to your country, we would be honored to do so," he said.

Moreno also expressed his gratitude for the unwavering support that the other country has been showing for the nation's capital.

Kim was the 32nd foreign envoy who paid a courtesy call to the Manila mayor since July 2019.

#WeekendTrip: History ‘flows’ underneath the City of San Juan

Good news travelers! After some pause because of the COVID-19, the much-awaited World Travel Expo …