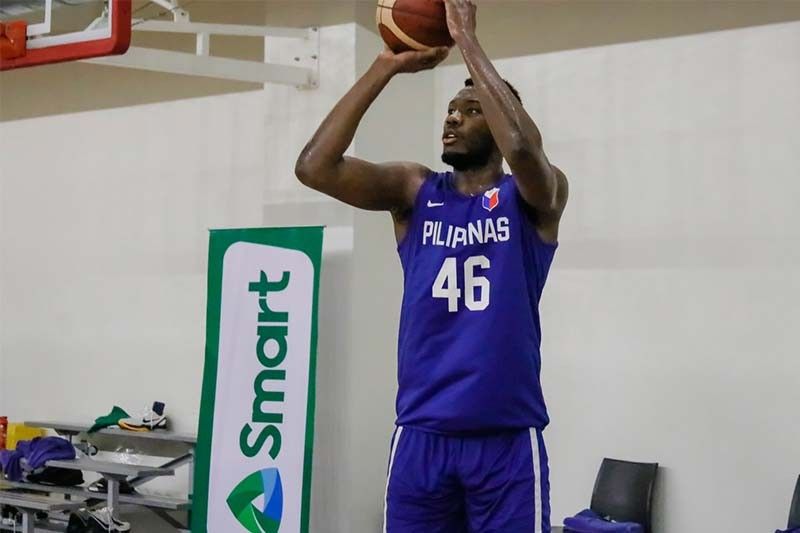 MANILA, Philippines (Updated 5:19 p.m.) — Gilas Pilipinas will officially be able to get a boost from naturalized Filipino Angelo Kouame in the upcoming third window of the FIBA Asia Cup qualifiers.

This after FIBA cleared his registration, as announced by the Samahang Basketbol ng Pilipinas (SBP) on Saturday.

"We thank our allies from the Bureau of Immigration, Department of Foreign Affairs, House of Representatives, and Office of the President as it was their swift action that led to this important step in our program," said SBP President Al Panlilio.

"As we've always said, the earlier we see Ange wearing a Gilas jersey for an official FIBA game, the better it would be for our program in the long run," he added.

The timing of Kouame's clearance from FIBA thus gives Gilas Pilipinas an added arsenal in the upcoming pocket tournament where they need to come out with at least one win to qualify to the Asia Cup set in Indonesia later this year.

The Ivorian-born big man will be a big help to an all-cadet Gilas squad that will face regional rivals South Korea twice and a rejuvenated Indonesian side in the tournament set in Clark City, Pampanga.

And for the SBP, Kouame's Gilas debut couldn't come at a better place than on home court.

"We're thrilled that he'll get the chance to play in the FIBA Asia Cup Qualifiers here at home and we cannot wait to see him and the rest of the team in action," said Panlilio.

Kouame was able to complete his naturalization in time for the pocket tournament after President Rodrigo Duterte signed the bill granting him citizenship last name.

He then secured his Philippine passport just last week to complete the requirements for him to suit up for Gilas.