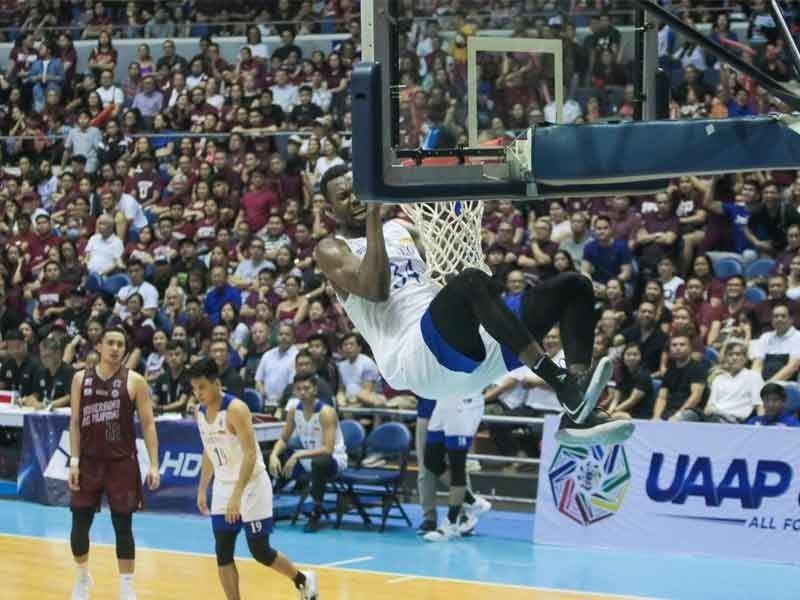 This after the House committee on justice approved the bill for Kouame’s naturalization on Wednesday, sending it to the plenary for the second and third reading.

Once approved by the Congress, the Ateneo center will also need approval from the Senate and President Rodrigo Duterte before formally being naturalized and therefore eligible to play for the national team.

But the committee’s nod is already big step for Kouame, who recently shared his enthusiasm in eventually donning the Gilas colors.

“I am thankful that my colleagues in the House of Representatives recognize the potential Mr. Kouame, who gave a stunning performance in the 82nd Season of the UAAP, can bring to our national team as they prepare to compete in the 2023 FIBA World Cup,” said Puno.

Kouame, an integral part the Blue Eagles’ perfect title run in the UAAP last year, was included national team training pool just last month when they competed in the second window of the 2021 FIBA Asia Cup qualifiers in Manama, Bahrain.

The 23-year-old did not join the team in Bahrain but was a key cog in training with the Filipino cagers in preparation for their games in the qualifiers.

Should his naturalization process go smoothly and efficiently, the 2018 UAAP Rookie of the Year may be eligible to play for flag and country by the third window of the Asia Cup qualifiers come February 2021.

In the national team’s history, only two other players have been naturalized to play for the Philippine ballers: Marcus Douthit and Andray Blatche.

Blatche, who played for the Brooklyn Nets in the NBA, played for Gilas Pilipinas in the 2019 FIBA World Cup.