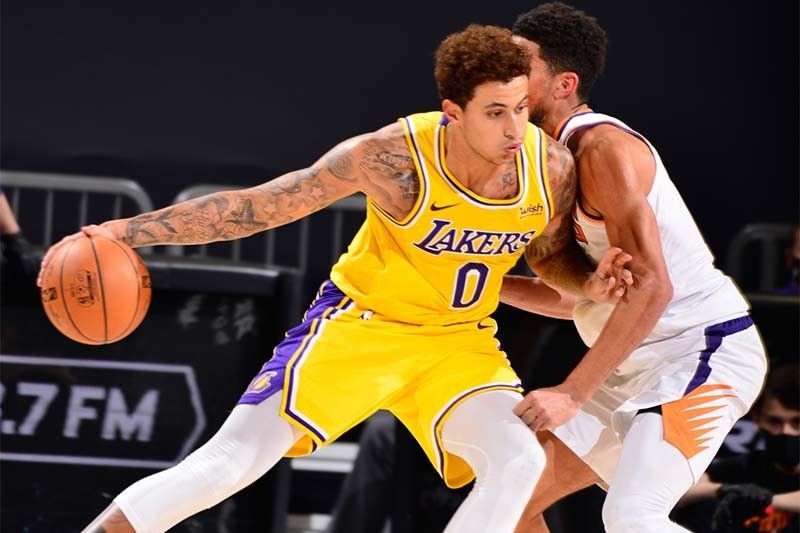 MANILA, Philippines — The NBA preseason rolls on with its hostilities on Wednesday (Thursday, Manila time) with four games completed in anticipation of their season tip off before Christmas.

The Los Angeles Lakers improved to an immaculate 3-0 record in the preseason after a 112-107 victory over the Phoenix Suns.

Kyle Kuzma led the way in scoring with 23 markers in 32 minutes of play, while Lakers' star in the preseason in Talen Horton-Tucker continued to play well with 18 points.

Star duo Anthony Davis and LeBron James saw limited minutes with only 18 and 15 minutes of action, respectively. They combined for 21 points in the win.

Meanwhile, the Denver Nuggets dealt the Portland Trailblazers a 126-95 blowout in their clash.

In the other games, the New York Knicks scored a come from behind win against the Cleveland Cavaliers, 100-93.

Julius Randle paced the Knicks on offense with 18 points while Kevin Knox waxed hot in the fourth quarter where they outscored the Cavs, 34-13, with 16 points.

For their part, the Chicago Bulls improved to 2-1 in the preseason after beating the Oklahoma City Thunder, 124-103.

Coby White topscored for Chicago with 27 points while guard Zach LaVine finished with 24 points, 16 of which he scored in the opening salvo.

Preseason continues until December 19 (December 20 in Manila) before the season officially tips off on December 22 (December 23, Manila).