After a three-year hiatus, Kapuso actress Kylie Padilla is making her television comeback through the sports drama series, “Bolera.”The 29-year-old's last small screen project was in 2019 for “TODA One I Love,” which she co-starred with Ruru Madrid. The actress said she immediately “fell in love” with the story and her character Joni, a billiards prodigy. 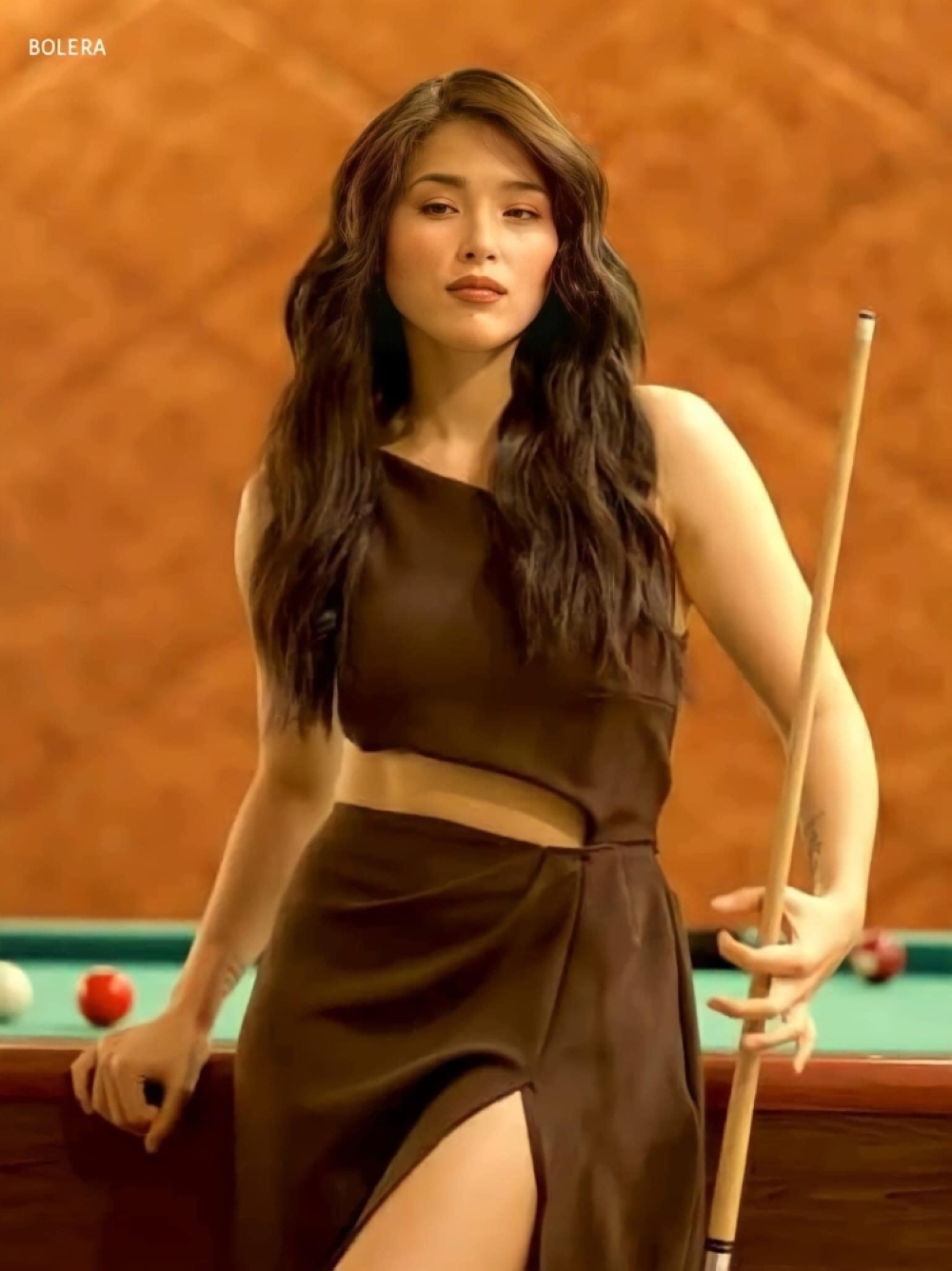 While Padilla does not play billiards in real life, she took it as a challenge and learned to play the game enough to portray her character.

“But binibigyan naman ako ng mga exercise ng mga coach ko and they told me what to correct. Sila direk din kasi alam nila kung anong anggulo yung isushoot so talagang sinabi sa akin to just correct my form. So ayun, I took everything into account and then I trusted na kaya natin ito,” she continued.

“Bolera” tells the story of Joni, a promising street-smart pool-hustling girl, who fights her way from the slums to get a shot at becoming a pool champion in the male-dominated world of billiards.As Joni continues to bust balls on her way to the top, her impending blindness that might ruin her dream of becoming the first woman champion in a mixed-gender billiards tournament is on the line.

Finally, Padilla shared that show also puts on the spotlight for women who prove that they can be part a male-dominated sports like billiards.

“Billiards, it's known for males who play it. But there's a reason why a woman like Joni became the 'Bolera.' Syempre she loves the game, she's really talented but why she's fighting the fight is because of her family. So the show is about billiards, it's about the world of billiards pero yung puso ng show napakayaman. Everybody is fighting for something,,” Padilla said.