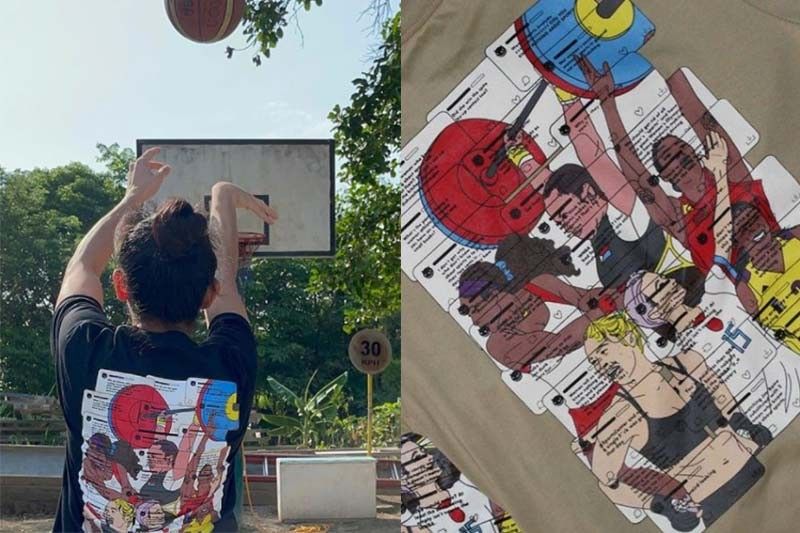 MANILA, Philippines – A group of women student-athletes from Ateneo de Manila University have made it their mission to advocate for women empowerment through clothing.

Cara Buendia, Hazelle Yam, Boom Moslares and Angel Gino-Gino, all having been members of the Ateneo women's basketball team, banded together to come up with Doyenne.

It derives its name from the French term doyenne which translates to "the most respected and prominent woman in a particular field".

"The brand was created for women athletes to have another platform to voice out and educate the public on the lack of support we're receiving as women athletes, and the stereotypical comments we've been receiving," Doyenne told Philstar.com.

"As women athletes ourselves, we wanted to continue a movement that every female athlete has been championing ever since, which is to be recognized as equals in the athletic playing field," they added.

Though only having launched the brand in April, the idea behind Doyenne was conceived even prior to the pandemic.

Now, the athletes have already made their first drop — a shirt dubbed "Prove Them Wrong".

The shirt features real social media comments directed at different female athletes, most of which are sexist in nature.

"Women should just have a sandwich-making Olympics," reads one of the tweets.

"No one watches women's sports," read another.

Other than aiming to educate people on what female athletes go through on a daily basis, the brand also hopes to inspire women to continue pursuing their dreams in their respective sports.

"We created Doyenne based on life experiences as female athletes ourselves with a motto to 'play to break boundaries' and 'wear womanhood with pride' to continue to spread awareness of a movement that has already been happening for the past decades," they said.

Check out Doyenne's first drop on their Instagram and wear your support for women empowerment in sports.

Editor's note: Doyenne is a partner of Philstar: Home Base