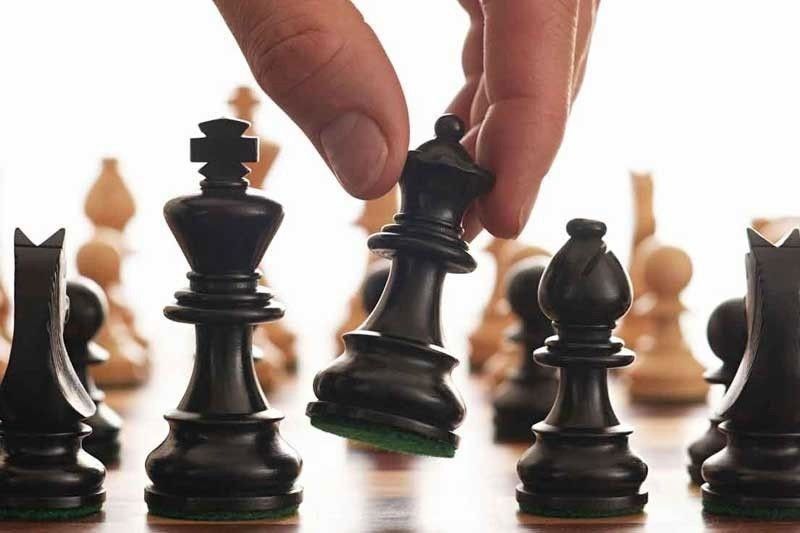 MANILA, Philippines — The gambit of choosing white-black-white and switching boards in Armageddon play by the Laguna Heroes looked like it was going to backfire big time.

The Heroes won the first game, 14.5-6.5, of the San Miguel Corporation All-Filipino Cup Finals of the inaugural Professional Chess Association of the Philippines (PCAP).

But the Camarines Soaring Eagles, led by Grandmaster Mark Paragua, came charging back in Game 2, 11.5-95, to send the Finals to a deciding Armageddon match that would pit the three best chess players of both sides.

Laguna had first dibs on choosing black where a draw by two players from their side would count as a win.

Much to the surprise of all, they chose white-black-white with GM John Paul Gomez, on Board 2 the entire first conference, to move up to Board 1 where he would face Camarines’ Paragua.

The moves nearly backfired as a costly mistake by Gomez saw Paragua win Board 1. Barcenilla found himself in a dogfight with Daluz although he eventually won.

Literatus was on the verge of defeat but Asuela slipped and the former got the hugewin that gave the title to Laguna; PCAP’s inaugural champions.

“We were lucky,” said a relieved Laguna team manager Atty. Fred Paez after the match, “We’re losing in the last and deciding game.We were playing for a win and not as draw.”

In the blitz and rapid matches of both Games 1 and 2, Barcenilla and Paragua drew their four matches.

Gomez on the other hand lost two, won one, and drew one match with Camarines’ NM Virgen Gil Ruaya.

Literatus won two, drew one, and lost one match to Asuela heading into Armageddon.

With Camarines and Laguna squared with one win each in Armageddon, it came down to the board between Asuela and Literatus.

“Isang napakalaking sayang,” was all Asuela could say of the deciding match.

Thus, the Laguna Heroes are the first ever champions of PCAP.

“There will be more games and more champions, but the honor of being the first ever champion in PCAP is something special,” said league commissioner Atty. Paul Elauria. “But while we have only one champion, as we have said all tournament long, the biggest winners are all the teams and owners, the cities, the fans and supporters, and the game of chess.”

In the battle for third place, the Iloilo Kisela Knights defeated the San Juan Predators.