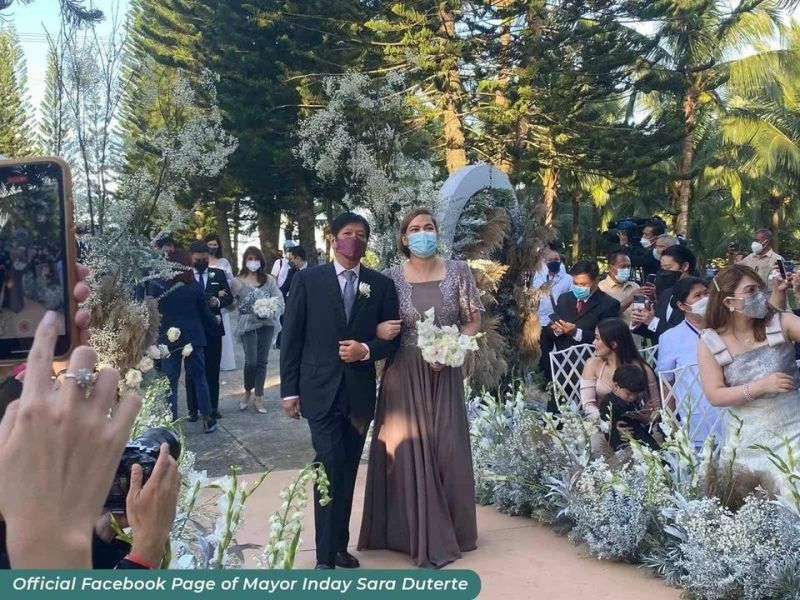 In separate resolutions passed Wednesday, Lakas-CMD gave its chairperson, Duterte-Carpio, the power to choose her running mate and formalized its adoption of Marcos Jr. as the party’s presidential candidate.

Duterte nixes PDP-Laban, PDDS alliance with Lakas-CMD ‘because Marcos is there’

On Sunday in Davao del Norte, ahead of Lakas-CMD’s adoption of Marcos Jr., he and Duterte-Carpio made their first public appearance together since the wedding of the daughter of former Lakas-CMD chairperson and Sen. Bong Revilla.

Duterte-Carpio is the daughter of President Rodrigo Duterte, who is running for senator in next year’s polls under Pederalismong Dugong Dakilang Samahan, which is in alliance with the ruling Partido Demokratiko Pilipino – Lakas ng Bayan.

Marcos Jr. is the son of the late dictator Ferdinand Marcos, whose more than two-decade rule over the Philippines was marked by thousands of human rights violations and billions of pesos stolen from government coffers.

Figures in the opposition have been working to ward off a Marcos-Duterte tandem, which they view as a threat to the country’s already fragile democratic institutions.