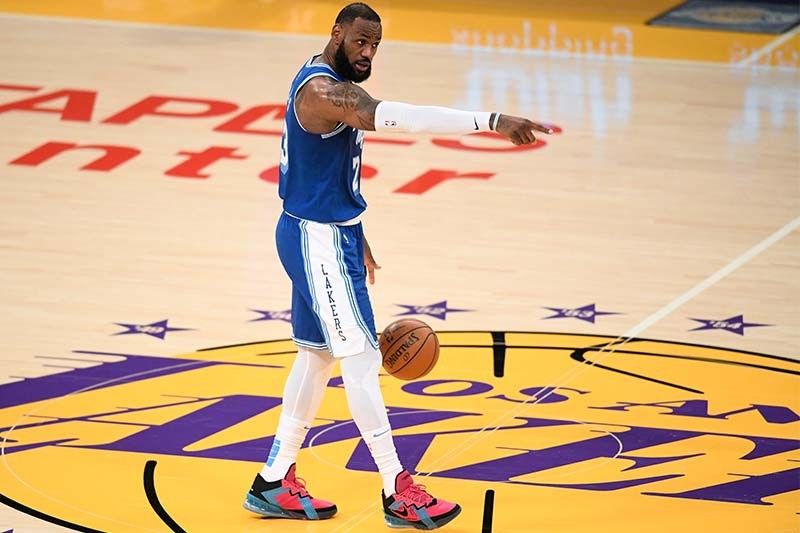 MANILA, Philippines – The Los Angeles Lakers were successful in sweeping also-ran Minnesota Timberwolves in their season series after winning on Tuesday, 137-121.

The Wolves were able to play at pace against the defending champions in the first three quarters before LeBron James and the Lakers were able to pull away in the fourth period.

Following a seesaw battle in the three periods that saw the Wolves lead by as much as seven, the Lakers went on a run to enter the fourth quarter ahead, 102-94.

This buoyed the Lakers to pull away when it mattered the most and stretched the lead to as big as 18 points.

James finished with a triple-double of 25 points, 12 assists and 12 rebounds to pace the Lakers, who are still without Anthony Davis.

Montrezl Harrell, for his part, also had 25 points off of the bench.

Meanwhile, top pick Anthony Edwards and Karl-Anthony Towns had 29 points each in the losing effort for the Wolves.

Elsewhere, the Portland Trail Blazers pulled off a come-from-behind win against the New Orleans Pelicans, 125-124, behind Damian Lillard's 50-point performance.

The Blazers stormed back from as big as 17 points down in the fourth quarter to steal the win.

Two clutch free throws from Lillard gave the Blazers their first lead of the game since the first salvo, 125-124.

Then a botched turnaround bank hook shot from Zion Williamson in the final possession sealed the come from behind victory for Portland.

In the other games, the Atlanta Hawks tallied their sixth win in a row at the expense of the Houston Rockets who have lost 17 games in a row, 119-107.

The Chicago Bulls, for their part, bested the Oklahoma City Thunder, 123-102, behind Zach LaVine's 40 points.