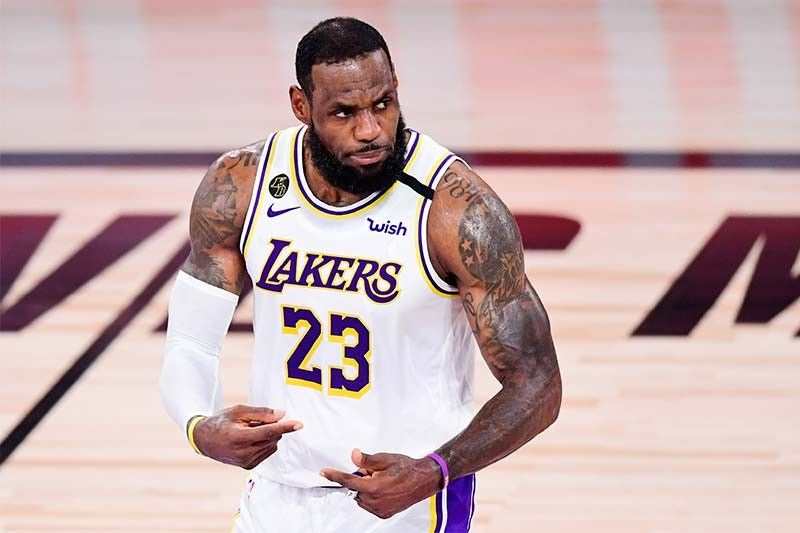 MANILA, Philippines — LeBron James and the Los Angeles Lakers are not just NBA champions, but also the kings of merchandise sales — both globally and here in basketball-crazy Philippines.

Based on numbers released by NBAStore.com.ph, the local market mirrors the numbers globally with four-time NBA champion James and the Lakers also topping our most popular jersey and team merchandise lists in the first half of the 2020-21 NBA season.

However, there are some notable differences in the numbers locally with the Top 10 Most Popular NBA jerseys.

Luka Doncic, who ranked second in the global list, is only ninth in the Philippines, with James' former teammate in Kyrie Irving taking the Top 2 spot in the local market.

Other players in the Top 10 are Kevin Durant, Russell Westbrook, Paul George, Doncic and Kawhi Leonard.

Now with the Brooklyn Nets and Washington Wizards, respectively, Harden and Westbrook made the list for their Rockets jerseys.

Meanwhile, numbers for the most popular team merchandise in the Philippines are more similar to the global list, with all but one team in the local Top 5 absent from the international list.

Following the Lakers, the Nets, Rockets, Warriors and the Milwaukee Bucks are the teams most popular with Filipino fans.