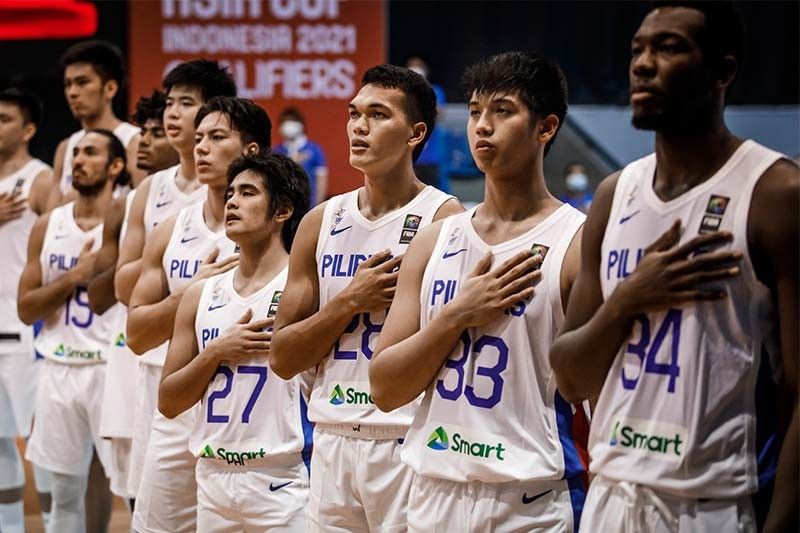 MANILA, Philippines — LeBron Lopez is the player final off from Gilas Pilipinas' 12-man lineup for the Olympic Qualifying Tournament in Belgrade, Serbia.

The teen was the last to be removed from the 15-man pool that participated in the third window of the FIBA Asia Cup qualifiers.

Among those who remain in the lineup is the injured Carl Tamayo, who suffered a sprain in their game against Indonesia last week.

Here's the Final 12 roster of Gilas Pilipinas set to fly out to Belgrade, Serbia for the FIBA Olympic Qualifying Tournament! #ParaSaBayan#Puso

Games will be LIVE on One Sports, One Sports+ and https://t.co/LTKKXDkiPY. pic.twitter.com/B985hc37wZ

Gilas is coming off a 6-0 sweep of the Asia Cup qualilfiers, including a 3-0 run in the third window.

They beat regional rivals South Korea twice, and drew against Asia powerhouse China, 79-all, in a tuneup game Wednesday.

Gilas will take on hosts Serbia and the Dominican Republic on July 1 and July 2 (Manila time), respectively.

Share
Previous COVID-19 in Indigenous communities: What you need to know
Next Golfer Juvic Pagunsan chooses Olympics over British Open

Preview: At most a second Olympic silver for Hidilyn Diaz?

MANILA, Philippines (Updated 1:12 p.m.) – Nesthy Petecio was able to escape by a hairline …