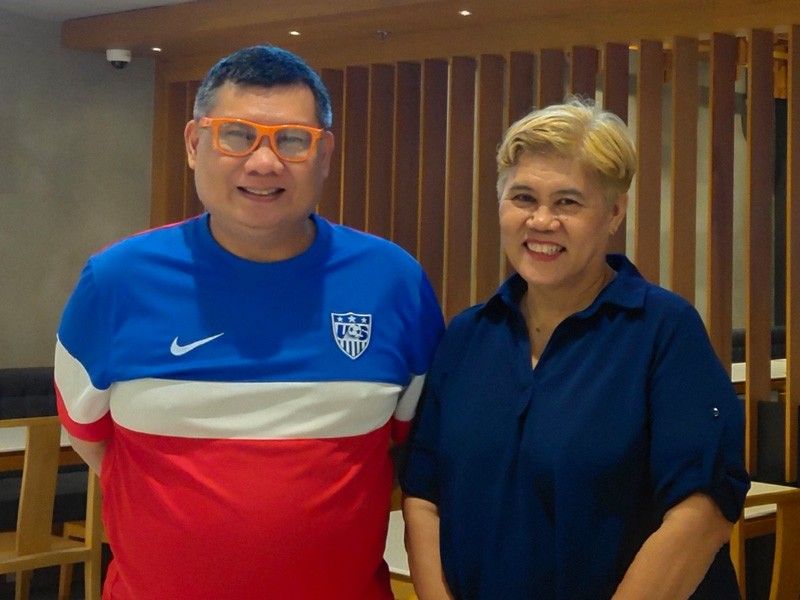 MANILA, Philippines – Philippine volleyball great Thelma Barina-Rojas, despite getting in on the years, believes that she can still offer something to the game.

“I have all this accumulated knowledge that I have from my years training with a Russian coach Stanislav Ilugaillo, Japanese volleyball, and with various Filipino coaches,” she said over lunch last weekend. “I might not be able to spike anymore but I think I am still fit enough to teach. I still do push-ups, you know?”

Barina-Rojas has perhaps the most bemedalled career in local volleyball, having won titles with the University of Southern Philippines and then Southwestern University in the old Cebu Amateur Athletics Association as well as the national team.

In her final international stint, Barina-Rojas participated in the Beach Volleyball Asian Circuit where the Philippines finished with a bronze medal behind Australia and China, respectively.

After she hung up her “short shorts” as jokingly calls her playing attire that was common back then, Barina-Rojas worked for Philippine Airlines and other corporate work. However, volleyball kept luring her back.

She coached the national team and the College of St. Benilde. She thought she was finally done a few years ago but while watching the 2019 SEA Games, Thelma found herself drawn once more.

“I think I still have something more to give,” she pointed out.

Currently, she is doing home teaching via Zoom. But over the past few years with some prodding from some friends, has toyed with the idea of opening a volleyball school for girls.

“My own philosophies are a mix of what I learned from my Russian coach, which is power volleyball, and the more technical approach of Japanese volleyball, of which I was also a student of,” bared Barina-Rojas.

“Teaching online is different but like the game of volleyball, you have to adjust and adapt. The time I have had during this pandemic has made me reflect on what I want to do and I believe that I can still teach the game.”

Barina-Rojas is currently exploring ways to turn her virtual teaching into the more traditional on-site and face-to-face learning when the pandemic is over.

“If someone like me can learn the technology of the day, I think I can learn the new techniques in the games and communicate it to the young. I am thankful because the game has been good to me. I am only giving back.”

Thelma Barina-Rojas has been coaching at the Makati Gospel Church Newlife Christian Academy for the past decade. She does her virtual coaching thrice a week.