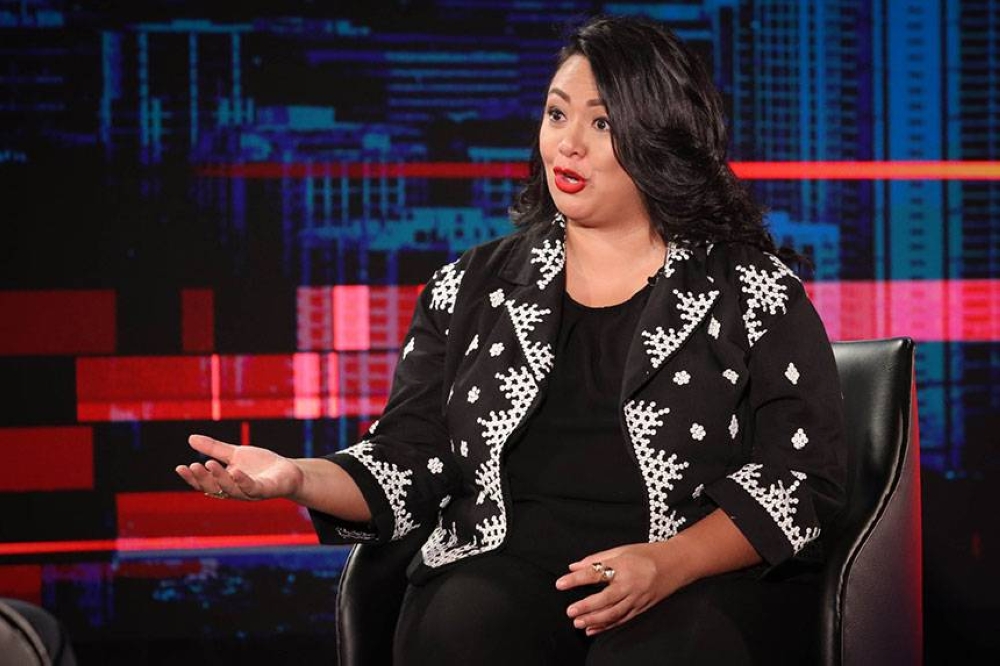 National Book Development Board Executive Director Charisse Aquino-Tugade is interviewed by Dante ‘Klink’ Ang 2nd (not pictured) during his ‘Business and Politics’ show on the SMNI news channel. PHOTO BY J. GERARD SEGUIA

THE big crowds that visited during the three days of the recent Manila International Book Fair are positive proof that there is a market for readers of books in the country. While not as large as the crowds before the Covid-19 pandemic, the huge turnout nevertheless indicates that the market is there.

During the fair, the markets for Philippine books included the librarians, who bought books in bulk; the students, who went for books with more affordable price tags; the researchers, who bought reference books; and the general readers, who patronized literature, the arts and the social sciences.

Interest has also been sparked in translated books. The university presses of the Ateneo de Manila, Ateneo de Naga, University of the Philippines and University of Santo Tomas have been coming out with translations. Penguin Random House Southeast Asia has an ongoing Southeast Asia Literary Classics series, for which they have tapped professor Danton Remoto to translate into English the master works of National Artist Amado V. Hernandez and Lope K. Santos.

The Komisyon sa Wikang Filipino used to have an excellent translation series, where the books of Ernest Hemingway, William Faulkner and Rabindranath Tagore, among others, were translated into Filipino. It is a project that should be continued. Emeritus Professor Dr. Soledad S. Reyes of the Ateneo de Manila University won the Asian-wide A.L. Becker Award for Translation for the novel, What Now, Ricky? It was written in Filipino by Rosario de Guzman-Lingat and published by the Ateneo de Manila University Press.

It is in this light that the National Book Development Board (NBDB) also urged the government to increase its support for the book publishing industry for another important reason: to improve literacy, especially among the youth, by making more books available to them.

Even if they are operating on the proverbial shoestring, the NBDB has done a lot to bring books into the hands of more readers. NBDB Executive Director Charisse Aquino-Tugade said that providing subsidies and discounts to publishers enabled them to sell more books and explore e-commerce platforms. Readers nationwide bought the books that Philippine publishers sold at Shopee with discounts of as high as 90 percent, since the NBDB shouldered the books' selling price.

The NBDB is negotiating with the Department of Education (DepEd), which is an institutional buyer of locally published books. The Education department has a list of mostly foreign textbooks for purchase as supplementary textbooks. But if the subject matter and content are also found in local textbooks, why cannot the DepEd patronize the local books? Textbook writers in the major publishing houses are vetted quite thoroughly and the books undergo a stringent process, from writing to editing to book production. Moreover, the local books are compliant with the needs of the K to 12 curriculum, whereas in the case of the foreign textbooks, the teachers will still need to adjust their syllabi for these.

Aquino-Tugade reiterated that books, as knowledge products, can deliver economic results since their content can be translated into various languages and adapted into movies, television shows and theater productions, and merchandise produced from them. This is how the South Korean cultural industry developed, when they began looking at Korean authors and adapting their work into movies and television novelas, or K-drama. The windfall for the South Korean economy came in the hordes of tourists who visited the sites where the K-dramas were shot, as well as the tremendous demand overseas for Korean products — from grocery items to fashion and, yes, to contemporary literature in English translation.

We also have the Book Publishing Industry Development Act, or Republic Act 8047, that mandates all cities and towns in the country to put up a local library. But statistics show that less than half of the Philippines' 1,634 cities and towns have a library. Aside from storing books and offering free internet, libraries can also serve as third spaces and community hubs, where the townspeople can meet and discuss issues relevant to them. After all, there is a life outside the many malls that now dot the land like mushrooms after rain.