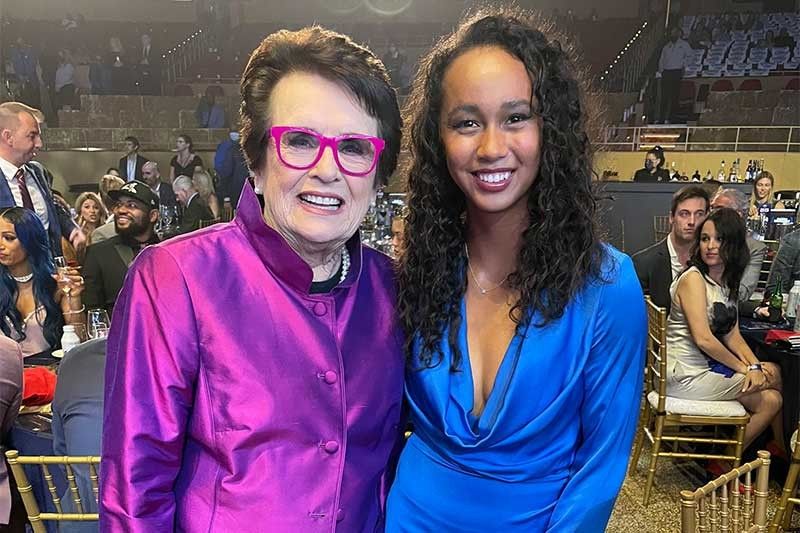 Fernandez met with Billie Jean King, a former World No. 1 and is considered one of the sport's legends.

Happy to be in the company of so many terrific athletes tonight, including @leylahfernandez. ???????? pic.twitter.com/vO7UtcVZ54

Also a staunch advocate for gender equality in sports, King posted a photo of her and Fernandez at the awards show.

"Happy to be in the company of so many terrific athletes tonight, including [Leylah Fernandez]," King wrote.

Big winners at the awards show were USA's Suni Lee and Caeleb Dressel, who won Sports Illustrated's Athlete of the Year.

Fernandez, representing Canada but of Filipino and Ecuadorian descent, rose to prominence after a Cinderella run to the Finals of Women's Singles in the 2021 US Open in New York.

The 19-year-old, despite falling to fellow teen star Emma Raducanu in the final, toppled some of the highest ranked players in the tour like Naomi Osaka, Aryna Sabalenka, Elina Svitolina and Angelique Keber in her stunning campaign at Flushing Meadows.

Fernandez was also nominated for WTA Most Improved Player of the Year.