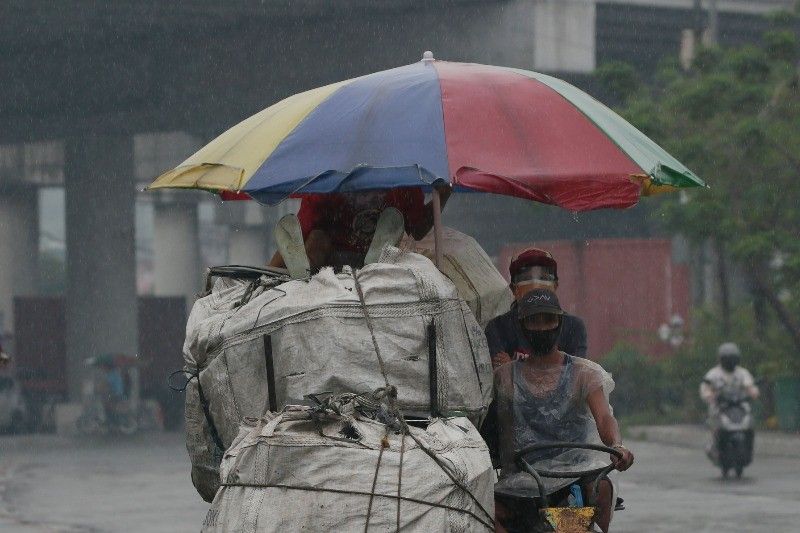 MANILA, Philippines — With the country easing into the rainy season, the Department of the Interior and Local Government on Tuesday reminded local chief executives to undertake necessary preparedness measures and revisit their response protocols.

In a statement sent to reporters, Interior Secretary Eduardo Año said that the pandemic presents unique challenges going into the rainy season and urged more stringent efforts to prepare ahead of time.

“LGUs should be more alert and prepared this rainy season and must ensure that all vital aspects of local disaster risk reduction and management are in place,” Año said.

"We also strongly remind LGUs, especially in disaster-prone areas to prepare for the coming typhoons and other disasters to avoid the severe effects of the coming bad weather."

This comes after state weather bureau Pagasa issued an advisory declaring the beginning of the rainy season in the Philippines.

In its statement issued June 4, the agency said that "the probability of near to above normal rainfall conditions is high" from June to July.

"The public and all concerned agencies are advised to take precautionary measures against the impacts of the rainy season," it also said.

He also urged assessments of the structural integrity and capacity of vital facilities, including COVID-19 quarantine centers, evacuation centers, vaccination centers and other multi-purpose buildings.

RELATED: Disaster risk reduction must be localized amid reliance on foreign aid — study

The interior chief also reminded local executives that they are expected to be present and managing the city's rescue and rehabilitation efforts during rain showers.

In November 2020, the DILG issued show-cause orders to 10 local chief executives who were missing in action or were outside their respective localities during the onslaught of Super Typhoon Rolly.

"We continue to remind local chief executives, don’t be missing-in-action during a disaster," the former military general also said.

The country at the time was slammed by three consecutive typhoons that killed over a hundred people in the middle of the coronavirus pandemic, prompting President Rodrigo Duterte to declare a state of calamity.

But Duterte himself was absent at the first high-level public briefing on what was the world's strongest tropical cyclone so far.

The hashtag #NasaanAngPangulo trended on social media as a result, with Filipinos airing their frustration over the chief executive's disappearance amid the natural disaster.