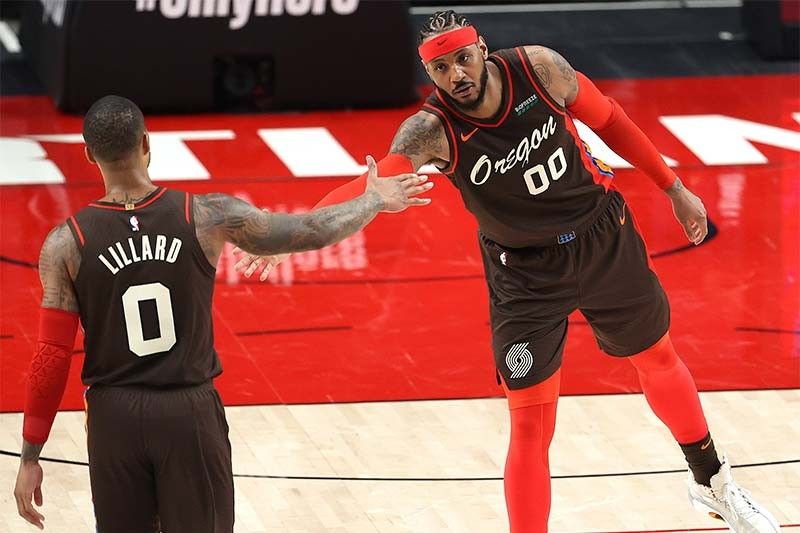 MANILA, Philippines — Damian Lillard came through in the final moments of the Portland Trailblazers game against the Golden State Warriors, 108-106, to lead his team to the win at home on Wednesday (Thursday, Manila time).

Having struggled all game long, especially from deep, Lillard buried a long-range triple late in the game to put the Blazers up by two and then drew an offensive foul on the other end to seal the deal for Portland in the back-and-forth affair.

An empty trip from the charity stripe from Robert Covington left the door ajar for Golden State but Damion Lee botched the potential game winner in the final possession.

Portland survived a 35-point outing from Stephen Curry who also had seven rebounds and five assists.

Lillard, for his part, finished with 22 points and hit just 3 out of his 10 three-point attempts in the close shave victory.

Meanwhile, the Sacramento Kings beat the Los Angeles Lakers, 123-120. This after LeBron James sat out his first game of the season.

Buddy Hield tallied 29 points, six boards and six assists in the win for the Kings to improve to 14-21.

Meanwhile, Kyle Kuzma top scored for the Lakers with 25 points and 12 rebounds.

In the other games, the Dallas Mavericks eked out a low-scoring win over the OKC Thunder, 87-78, behind Kristaps Porzingis' double-double of 19 points and 13 rebounds.

The Chicago Bulls, for their part, beat the New Orleans Pelicans, 128-124.

Zach LaVine had 36 points and eight assists in the win, while Zion Williamson chipped in with 28 points, nine boards and five assists for New Orleans.

In the other games, the Atlanta Hawks and the Charlotte Hornets beat the Orlando Magic and the Minesotta Timberwolves, respectively.